The Singapore International Arbitration Centre (SIAC) was named the most preferred arbitral institution in the Asia-Pacific, and ranked second in the world, according to the 2021 International Arbitration Survey by Queen Mary University of London and White & Case. The same survey also ranked Singapore and London as equally the most preferred places for international arbitration. Asia Business Law Journal asked the centre’s CEO, Lim Seok Hui, about her strategies, emerging trends in arbitration, and the secret sauce for the centre’s success.

Asia Business Law Journal: Tell us about your strategies towards achieving this milestone, and what makes the SIAC different from other arbitration centres?

Lim Seok Hui: The SIAC has benefited from being headquartered in Singapore. The latest international arbitration survey ranked Singapore, jointly with London, as the most popular place for arbitration globally.

The SIAC is well positioned to support the needs of companies, businesses and investors all over the world by providing a trusted, fair, neutral and independent forum for the efficient, expert and enforceable resolution of international commercial disputes. The benefit that you get is a fair, even-handed process that is final, and time and cost-effective.

When I mentioned fair and neutral, parties often don’t want to bring a dispute for resolution in the home court of the other side’s jurisdiction because of a perceived “home court advantage”. And that is why bringing arbitration into a neutral forum has proven to be immensely popular.

Last year, we handled a total of 1,080 new case filings, including two sets of related cases involving 261 cases and 145 cases. If the two sets of related cases were excluded from the total new caseload, the centre would have had 674 new cases in 2020. This is a significant increase from 2019, and affirms our standing as the world’s second most preferred arbitral institution.

The second pillar is the SIAC rules. We ensure that the rules are innovative, and offer users a range of time and cost-saving mechanisms. For instance, our rules, which are currently in their sixth edition, adopt globally recognised best practices in international arbitration, and incorporate elements from common law and civil law legal systems.

We are currently revising our arbitration rules to take into account recent developments in international arbitration practice and procedure, and to better serve the needs of businesses, financial institutions and governments that use the centre. Later this year, we will be launching the seventh edition.

We were the first major commercial arbitral institution to introduce the early dismissal mechanism, in 2016, and the first Asian arbitral institution to introduce the emergency arbitrator special procedure, in 2010. Both have proven to be extremely popular with users, an addition to our expedited procedure, which is the fast-track six months arbitration process for disputes that are lower in value, below SGD6 million (USD4.4 million).

The third pillar would be the people, who are our cornerstone. The rise in prominence of the SIAC as a premier global arbitral institution is due to the illustrious stature, wealth of experience, and deep specialist knowledge of its board and court members, which include many international arbitration luminaries. We have benefited hugely from their wealth of experience and their insightful contributions.

We have overseas representative offices in India, China and South Korea, and in December 2020 we announced the opening of SIAC Americas, our fifth overseas representative office, in New York, and held a virtual launch ceremony. The new office will serve as a springboard to further promote our world-class dispute resolution services and foster deeper ties with North and Latin American users, who will benefit from real-time access to the centre.

These overseas representative offices help us deepen our ties and our engagement with users and key stakeholders worldwide. While our case services are performed only from the office in Singapore, our overseas representative offices have been instrumental in helping us to forge closer ties and to jointly promote international arbitration with our partners and friends in the global community.

ABLJ: How would you describe the arbitration landscape in the region, and what factors are driving its rising popularity?

Lim: The arbitration landscape in Asia is swiftly evolving. The 21st century has been described as the Asian century, as the region continues to be the fastest-growing in the world economy. The pandemic does not appear to have changed this, with China being the only major economy to have registered growth in 2020.

The rapid growth in cross-border investment and trade activity in the past two decades has underscored the importance for companies, businesses and investors to adopt an effective dispute resolution mechanism that meets the unique challenges and demands of complex cross-border projects and investments. Arbitration ticks all the boxes with these advantages.

Arbitration has proven to be suited for the resolution of complex cross-border commercial and investment disputes. Its benefits include flexibility, efficiency, lower costs, confidentiality and the ability to choose your decision-makers, the arbitrators. Moreover, many Asian jurisdictions, and their key trading and investment partners, are signatories of the New York Convention, making international arbitration a highly viable dispute resolution tool for cross-border transactions.

There are currently 168 jurisdictions that signed the convention, which means that you can have one arbitral award that you can take and enforce in any one of those jurisdictions. And that is a huge advantage: the finality and the enforceability.

Given all this, arbitration has proven to be extremely popular, and has enjoyed robust growth. There is a lot of interest from Asian jurisdictions such as China, India, South Korea and Japan to undertake legislative reforms and to further enhance their international arbitration framework. All this is good. We should see even more arbitration activity in Asia compared to other regions in the world.

ABLJ: What has been the impact of the pandemic on arbitration in general, and how has the centre adapted in these challenging times?

The pandemic has also made arbitration “greener”, with the increased use of electronic bundles and reduced air travel by parties, counsel and arbitrators for their hearings.

I think that being nimble and responsive to users is very much a key part of our strategy. Just to give you an example, during covid, we took everything online – we went virtual. Case administration at the SIAC was unaffected, as most processes could be done electronically.

We released a guide titled “Taking your arbitration remote”, which provides guidance for arbitration users unfamiliar with remote hearings, and serves as a handy reminder for those who already have prior experience with such hearings.

To assist users, we introduced a “live help desk” feature on our website, which allows users to contact us for assistance on their enquiries and requests in real-time, during business hours.

To stay engaged with our users globally, we launched the SIAC International Arbitration Webinar Series. In lieu of in-person events, we conducted 66 webinars last year, covering topics such as case administration during covid-19 and topical legal issues resulting from the pandemic. In addition, we held the SIAC Congress, our flagship event, virtually for the first time, which attracted more than 1,000 participants from six continents.

We took our training programmes online. Virtual editions of the two-day SIAC Academy programme were held last year, focusing on China, Indochina, Northeast Asia and South Asia. The SIAC and Institutional Arbitration module was also conducted virtually at the National University of Singapore, and the National Academy of Legal Studies and Research (NALSAR) in India. A joint edition was held with Fudan University Law School and the East China University of Political Science and Law. In January 2021, we announced the expansion of the SIAC Academy curriculum to enhance the range and quality of training programmes. This year, we continue to offer various online courses and workshops to provide practical, skills-based training suitable for all levels.

The pandemic has changed many things in international arbitration, but it hasn’t changed the key factors that users consider when they choose an arbitral institution and a seat. I see the increased use of technology and virtual hearings as an opportunity because it has put us on a level playing field with other institutions in Europe, and other parts of the world, by bridging the geographical gap.

ABLJ: Are there any regulatory developments in the region that you expect will enhance the arbitration ecosystem?

Third-party funding provides several benefits to users of arbitration. First, it can provide greater access to justice by allowing parties with limited financial resources to pursue their claims. It can also help companies manage financial risk by allowing capital that would otherwise be spent on legal fees to be allocated to other areas of their business during the proceedings.

The 2017 legislation allowing for third-party funding in Singapore-seated arbitrations increased the country’s appeal as a dispute resolution hub. The recent legislative amendments in Singapore that came into effect on 28 June 2021, now permit third-party funding for domestic arbitration proceedings and related court or mediation proceedings, as well as proceedings commenced in the Singapore International Commercial Court and any related mediation or appeals from those proceedings, further cementing Singapore’s status as a dispute resolution hub.

As the use of third-party funding continues to grow, its availability is expected to become an increasingly important factor when selecting a seat. 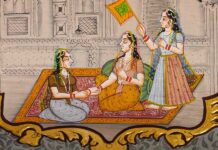 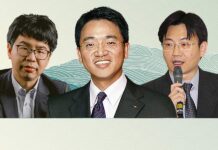