The Bombay High Court, in Edelweiss Financial Services Ltd v Percept Finserve Pvt Ltd and Ors, held that a put option in a share purchase agreement (SPA) was neither a forward contract, nor a ‘contract in derivative’ within the meaning of the Securities Contracts (Regulation) Act, 1956 (SCRA).

Edelweiss Financial Services had entered into an SPA dated 8 December 2007 with Percept Group entities. The SPA granted Edelweiss a put option, exercisable upon failure by Percept to comply with certain conditions. When Edelweiss exercised its put option, Percept refused to comply and the parties went into arbitration.

The arbitrator determined that the put option was illegal because, (a) it constituted a forward contract, which is prohibited under section 16 of the SCRA and (b) it was a contract in derivative and since it was not being traded on a recognized stock exchange, was in violation of section 18A of the SCRA.

The court held that an option is a privilege to a contract and a contract is formed at a future point in time, to be exercised on the occurrence of a contingency.

The court explained that in this instance a contract would come into being only on the occurrence of two conditions: (a) failure of a condition subsequent under the SPA; and (b) the exercise by Edelweiss of the option granted to it under the SPA.

The court also held that an option is not a derivative contract. It emphasized the trading aspect of derivatives and held that the law prohibits trading or dealing in options.

Shailaja Lall is a partner and Shivangi Talwar is a principal associate in the general corporate practice of Shardul Amarchand Mangaldas & Co. 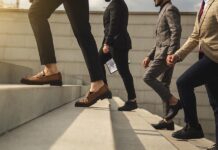