ECOWAS is an association of 15 West African entities aimed at having one economic and monetary zone with uniform legislation on main sectors such as economy, trade, natural resources and diplomacy, to mention a few. The member countries are Benin, Burkina Faso, Cape Verde, Ivory Coast, The Gambia, Ghana, Guinea, Guinea Bissau, Liberia, Mali, Niger, Nigeria, Sierra Leone, Senegal and Togo.

These states share the same business laws, based on a civil law system, namely Uniform Acts. The following acts are currently applicable within the OHADA countries:

These acts facilitate and encourage domestic and foreign investment in the region. OHADA members have a common business legislation, and a common court dealing in last resort with business and commercial disputes. This court, based in Abidjan, Ivory Coast, also has an arbitration centre. Therefore, doing business with Senegal and Ivory Coast will benefit beyond a local perspective and environment, due to this regional scope.

On the local level, the Investment Code enacted by the two countries provides several incentives aimed at making business more profitable and attractive. To be eligible to such incentives, the investment should be in one of the following sectors:
Agriculture; mining; ports; airports; railways; infrastructure; fishing; health; tourism; and services.

In Ivory Coast, the new Ivorian Investment Code, adopted in 2018, provides several incentives aimed at facilitating foreign investment in the country. It guarantees fair and equitable treatment for foreign investors, unlimited access to foreign exchange, free transfer of assets subject to compliance with tax legislation, free access to raw materials, as well as a guarantee of repatriation of expatriate workers’ remuneration.

Although foreign investors have no specific constraints to invest in conjunction with local entities, or to recruit local staff, the Investment Code defines specific incentives for foreign investors who willingly apply local content requirements.

The Investment Code provides tax credit for companies that apply local content requirements and invest a certain amount, depending on the geographical location where the investment is done. These advantages are provided for investments in the hospitality, agribusiness, health and agricultural sectors.

Senegal hosts a large stock of FDI, and the government is leading an active policy to encourage FDI inflows. According to the UN Conference on Trade and Development’s 2020 World Investment Report, FDI in Senegal rose from US$848 million in 2018 to a record high of US$983 million in 2019.

According to data collected by the World Bank, starting a business in Senegal takes less than five days. This is essentially the result of several reforms that have simplified the process. The Investment Council has been set up under the auspices of the President of the Republic Cabinet to assess the obstacles that block investment, and to find adequate solutions. One of them was to enlarge the competence of APIX, the national investment Agency, making it a one-stop shop for investors wishing to start a business in Senegal.

The same approach applies to Ivory Coast, where the investment promotion centre, Centre de Promotion des Investissements en Côte d’Ivoire (CEPICI), is a one-stop shop for investors, and facilitates all processes needed to set up and run a business. The World Bank’s 2020 Doing Business Report ranks Ivory Coast 29th and Senegal 60th out of 190 economies with regard to facilitating business start-ups, ahead of most countries of the sub-region.

The efficiency of a judicial system providing suitable dispute resolution is among the top priorities of Senegal and Ivory Coast. Indicators of the Doing Business report had previously emphasised the slow process of the judicial systems in both countries, which made enforcing contracts a difficult process. To address this problem, several measures have been implemented.

In Ivory Coast, in July 2012, a new commercial court dedicated especially to business cases was set up in Abidjan, the economic capital of the country. With this new court, all disputes arising under the scope of OHADA acts will be settled in a swift timeline by judges trained in commercial law.

The new court has played a key role in shifting Ivory Coast’s ease of doing business ranking from 173rd in 2013 to 167th in 2014. On enforcement of contracts, it shifted ranking from 127th to 88th. In addition, new commercial divisions have been set up in courts to improve efficiency and reduce the cost for contract enforcement.

In Senegal, a new commercial court was set up in Dakar, the capital, where most of the commercial litigations are registered. With this new court, all disputes arising under the scope of OHADA acts will be settled in a swift timeline by judges trained in commercial law. In 2019, the court registered more than 5,000 new cases. The court has also set up new rules dealing with case management, allowing a more efficient monitoring of cases in the court docket, from the filing of the claim until the judgment is issued.

The last important reform is the recent adoption of a new Act on Public-Private Partnership Contracts, in 2021, in Senegal. This act is a new step of a broader plan aiming to strengthen the legal landscape of the country. Ivory Coast also adopted, in 2018, a new Investment Code aimed at making the country more business-friendly for investors. 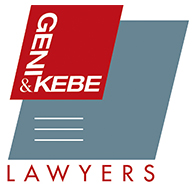 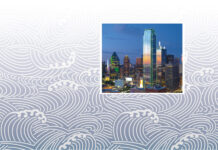