The International Trademark Association (INTA) – an association of brand owners and trademark professionals – has awarded Pravin Anand, managing partner of Anand and Anand, its 2021 President’s Award.

Announcing the award on 19 November, INTA President Tiki Dare praised Anand’s “tireless and invaluable advocacy on behalf of trademark owners, as well as his mentorship and pro bono work”.

While being “delighted and honoured” to receive the award, Anand told India Business Law Journal that his involvement with INTA had enabled him to work towards improving rules and regulations governing trademarks in India.

In particular, he recalled representing INTA, and using the experiences of INTA members in other jurisdictions, during efforts to clean up IP customs rules that were to become the Intellectual Property Rights (Imported Goods) Enforcement Rules, 2007.

INTA President’s Award is bestowed annually on one or more of the most distinguished INTA volunteers for a career dedicated to trademarks, and IP protection and advancement. INTA awarded its 2021 President’s Award also to Iris Quadrio, senior partner at Marval O’Farrell & Mairal in Buenos Aires. 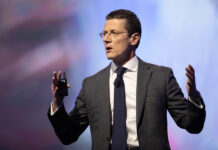