Touchstone has about 35 lawyers including six partners, while Quillon has 25 lawyers of whom six are also partners.

“Rebranding as Touchstone Partners has given us the ability to focus on cross-border work across the major business hubs in the country in an integrated and seamless set-up,” Daulet-Singh told India Business Law Journal.

Daulet-Singh set up Daulet-Singh & Associates in 2002, and later adopted the name Platinum Partners for his firm in 2008, after opening an office in Mumbai.

Touchstone has also opened a new Mumbai office with Ruchir Sinha, former co-head of private equity and M&A at Nishith Desai Associates (NDA), at the helm. Sinha is joined by his former NDA colleague, Adhitya Srinivasan, who joins as of-counsel to drive Touchstone’s private funds practice.

Vinod Dhall, former chairman of the Competition Commission of India, who had merged his practice with Platinum in February 2019, will continue with Touchstone.

Gautam Bhat, Abhik Ghosh, Rohan Kumar and Sunandan Majumdar, who were partners at Platinum, are continuing with Quillon.

“The rebrand re-articulates our core values. We established our presence in Bengaluru and New Delhi, and Quillon is equipped to provide seamless pan-India legal services,” said Majmudar, who joined Platinum in February 2015 and started its Bengaluru office.

Since 2017 he headed the Mumbai office of Platinum following the retirement of co-founding partner, Nihar Mody. 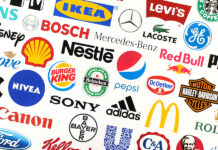 Blue skies await aviation sector once it flies past the current turbulence
Asia Business Law Journal reveals Vietnam's top 100 lawyers
The Draft Data Centre Policy 2020 is much needed for the digital economy, but could benefit from single window clearance, economic incentives and protections against misuse of data
Singapore Mediation Centre’s executive director discusses the art of mediation
Please send any press releases, deal announcements, details of new hires, newsletters and any other news items to: news@law.asia