Demand for patent protection in the fields of information and communications technology, and computer technology, has steadily increased in past years. These fields of technology are among the most constantly changing and progressing segments of modern economies. In this epochal shift towards the computer or information age, computer-implemented inventions are receiving more and more attention.

First of all, what are computer-implemented inventions? Based on the 2018 Guidelines on the Examination of Information Communications Technology and Computer-Implemented Inventions, issued by the Intellectual Property Office of the Philippines, a computer-implemented invention is one that involves computers, computer networks or other programmable apparatus, whereby, prima facie, one or more of the features of the claimed invention are realised by means of a program or programs.

A claim directed to a computer program or computer software per se is non-patentable subject matter under section 22 of the Intellectual Property Code of the Philippines. To fall within the category of patentable inventions, a claim directed to a computer-implemented invention should be drafted in a manner where the program instructions are co-operatively working with a programmable device (e.g. embodied in a tangible computer-readable recording medium or data carrier).

Drafting the claims without the presence of tangible components (apparatus, devices etc.) may result in the invention being regarded as an abstract idea, which is non-patentable subject matter. Abstract ideas include: Fundamental concepts apart from the means or processes for carrying the concept to produce a technical effect; schemes, rules and methods of performing mental acts and playing games; methods of doing business, such as a method or system for transacting business without the technical means for carrying out the method or system; and mathematical methods.

Apart from the presence of tangible components, an application directed to a computer-implemented invention must likewise have a technical character. In other words, the application must clearly recite features serving the purpose of providing a technical solution to a problem in order to fall within the meaning of patentable inventions.

In particular, the subject matter as claimed, considered as a whole, should provide a technical contribution to the art in a field not excluded from patentability. In this sense, the application should have a further technical effect, which means going beyond the normal physical interactions between a program (software) and a computer (hardware).

Several examples were provided in the examination guidelines with respect to patentable and non-patentable computer-implemented inventions, as follows.

A computer program claimed by itself, or as a record on a carrier, is basically not patentable, irrespective of its content. The situation is not normally changed when the program is loaded into a known computer.

However, if the subject matter as claimed makes a technical contribution to the known art, patentability should not be denied merely on the ground that a computer program is involved in its implementation. This means, for example, that program-controlled machines, and program-controlled manufacturing and control processes, should normally be regarded as patentable subject matter.

As long as a computer-implemented invention meets the relevant threshold or criteria for patent protection, it will be considered patentable subject matter.

Ramon Emil Olea is a patent specialist at Federis & Associates 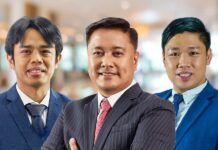 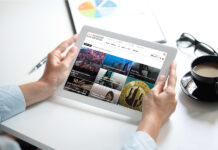