The pharmaceutical sector dominating the current Indian patent scenario raises several issues to dwell upon. Our previous contribution focusing on the concept of differential pricing, vis-à-vis pharma giant Merck’s anti-diabetes drug Januvia, examined the rationale behind, and the consequent effect of adopting such a practice.

While patent laws aim at exploiting research and development, alongside attaining commercial success, the extent of leverage granted by law may prove key in determining how “big pharma” balances the act of safeguarding their patents while exploiting potential markets. The concept of “parallel imports” as elucidated in the Patents (Amendment) Act, 2005, is here under the critical eye.

Monopoly rights that a patent confers, allow the patentee to exploit the product to the fullest. 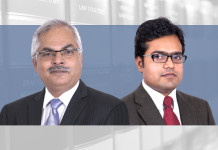