Corruption “undermines democratic institutions, retards economic development and contributes to government instability … Economic development is stunted because outside direct investment is discouraged and small businesses within the country often find it impossible to overcome the ‘start-up costs’ required because of corruption,” states the Global Programme Against Corruption.

A tenet of the preamble of the treaty of the Organisation pour l’Harmonisation en Afrique du Droit des Affaires (Organization for the Harmonization of Business Law in Africa, OHADA) is that member states are conscious of applying the law diligently in conditions guaranteeing the legal security of economic activities to ensure their rapid expansion and to encourage investment.

Aimed at providing legal stability in commercial fields, OHADA was formed in 1993 as a regional organization seeking to establish a unified set of business laws to be used in its member states, all of which use civil, as opposed to common, law and all of which, except Guinea Bissau, are francophone countries. One of the key OHADA objectives is to equip member states with a single legal framework that is simple, modern and malleable enough to suit their diverse economic systems. The nine OHADA statutes in force span subjects such as company, insolvency, arbitration and securities law, and methods of execution and debt recovery.

Yet, while OHADA has made strides in attaining other key objectives contained in the preamble of its treaty, it has neglected to legislate on and proactively confront corruption – a feature that severely retards economic expansion and discourages investment in member states.

Most member states have either anti-corruption or anti-money laundering legislation in place, or a provision criminalizing one or more types of corruption in their criminal codes. Where such legal provisions exist, they are insufficiently enforced, if at all. This is evidenced by the low ratings of all OHADA member states in Transparency International’s Corruption Perceptions Index 2012 (OHADA countries’ rankings range between 83rd and 165th out of 176 countries). None of the OHADA member states are members or key partners of the Organisation for Economic Co-operation and Development either.

Foreign and international pressure on the developing world to take action against corruption is mounting and persistent, as is pressure on individuals and corporate entities to behave more ethically in their own countries and abroad. Foreign pressure takes the form of laws such as the US Foreign Corrupt Practices Act, applicable to American citizens and in certain instances, foreign individuals and entities; and the UK Bribery Act, which affects companies with British ties that offer, receive or fail to prevent bribes.

OHADA needs to take new action and to enact a new law – one with supranational weight. Scope for the enactment of such a statute can be found in article 2 of the OHADA treaty, which permits legislation on any matter on which the Council of Ministers agrees, and article 5, which provides for the inclusion of criminal offences.

OHADA is a supranational organization. In terms of article 10 of the treaty, OHADA uniform acts are binding on, and directly applicable in, all member states and override any contrary provisions of national laws of member states. A supranational anti-corruption law would have the credibility that comes with being locally enacted and taking regional considerations into account with the simultaneous international influence of possibly basing it on the African Union Convention on Preventing and Combating Corruption, 2003, and the United Nations Convention against Corruption, 2003, signed by all and almost all member states, respectively.

By emphasizing approaches that are meaningful to the OHADA region, an anti-corruption strategy is more likely to succeed. Many agree that a tri-pronged approach that combines prevention, education and enforcement is the best long-term strategy. While prevention and education are vital, OHADA should not risk emphasizing these over enforcement for fear of eventually backsliding into mere rhetoric and inaction.

Despite some deficiencies in its uniform acts, OHADA remains a respected legal organization. As CM Dickerson writes, “OHADA law may be balanced and sophisticated, and it may be particularly suited to encourage both foreign and domestic investment; however it will not be effective unless it is enforced”.

Nila Wilde is an associate at Webber Wentzel, one of the leading corporate law ﬁrms in Africa and the South African member of ALN, an established group of Africa’s 12 foremost law ﬁrms. A longer version of this article appeared in DealMakers Q1 2013. 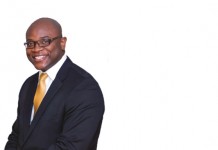 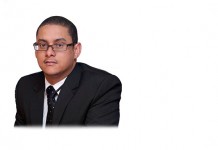 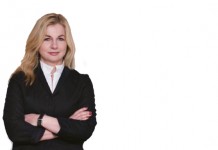 Getting the price right

The government is keen to support the growth of online trade, but its draft e-commerce rules could have the opposite effect.
Our annual billing rates survey sees a rebound in legal fees.
India’s top lawyers and legal icons