In Taiwan, brand names are entitled to patent term extension and five-year data exclusivity, while generics have the benefit of abbreviated new drug applications (ANDA) and experimental exemptions. But Taiwan provides nothing like the US patent linkage or the European 11-year data exclusivity to the pharma industry.

The current regime has long been criticized as providing insufficient protection to an industry that requires tremendous risk and capital investment. After efforts spanning a decade, however, our congress has finally passed a bill on patent linkage, titled the Pharmaceutical Affairs Act.

Passed by Taiwan’s congress on 29 December 2017, the Pharmaceutical Affairs Act establishes a patent linkage mechanism in the pharma industry. It was promulgated by our president on 31 January 2018, and is expected to take effect around early 2019.

Under the new law, an NDA holder bears a legal obligation to list patents relevant to its drugs.

Listable patents include those covering a substance (compound, salt, ester, isomer, polymorph), composition or formulation, and medical use. Claims are required to be identified for medical use patents, but in general only patent numbers need be specified in such lists.

The legal rule in judging whether a patent can be listed refers to the logic of patent infringement assessment. Those which would be infringed by a brand name firm’s own drugs are entitled to be listed. The more patents that are listed, the better the chance of NDA holders stopping generics from entering into the market, and for a longer duration. But discretion will be necessary as liability for patent misuse could be triggered by wrongful listing of patents.

Based on lessons learned from the Korea experience, our TFDA would not make any substantial judgment or conduct examination of NDA holders’ patent listings. A formality check would be done by the TFDA, but the relevancy between listed patents and brand name drugs would not be reviewed.

Scenarios one to three (also referred to as paragraphs one to three) are straightforward. But declaring paragraph four triggers the most significant part of the mechanism, i.e., linkage litigation and a 12-month stay period against generic drugs.

An ANDA filer who chooses to declare paragraph four needs to inform the NDA holder, the patentee, and the TFDA in writing, with reasoning and evidence to support the arguments for patent invalidation or non-infringement. If the patentee files a patent infringement suit against the ANDA filer with the Intellectual Property Court within 45 days, the TFDA will stay issuance of the generic market approval to the ANDA filer for 12 months.

The TFDA, Fair Trade Commission and National Health Insurance Administration are preparing enforcement rules and detailed plans for executing patent linkage. More details will be released in the coming months.

It is arguable whether patent linkage can really help brand name firms to strengthen their IP protection, especially when the stay period is merely for 12 months. Nevertheless, patent holders now have more options in forming their patent and business strategy to protect their innovations in Taiwan.

LEE AND LI Attorneys at Law 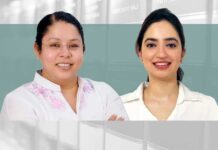 The Philippines and Japan share a long history of economic partnership and co-operation
Corporate flexibility and ease of navigation can explain the increasing popularity of the British Virgin Islands among Asian fund managers, virtual asset businesses and special purpose acquisition companies
As technology revolutionises the banking sector, brick-and-mortar retail is increasingly becoming obsolete as regulators jump to set new standards for inclusive finance