One of the main reasons given for exclusion of FSPs from the framework of the Insolvency and Bankruptcy Code, 2016 (IBC), was the argument that FSPs involve public money and any insolvency in this sector could potentially trigger economic instability. The explicit exclusion of FSPs has been commented on many times by the National Company Law Tribunal (NCLT) and the National Company Law Appellate Tribunal in decisions confirming that as the definition of corporate persons under the IBC expressly excludes any category of FSPs, the corporate insolvency resolution process (CIRP) cannot be initiated against any FSP. The fluctuating economy, the liquidity crisis brought about by FSPs such as DHFL, and ineffective restructuring mechanisms introduced by the regulators for certain FSPs have led to the introduction of a mechanism for restructuring FSPs under the IBC.

On 15 November 2019, the government notified the rules on the applicability of the IBC to various categories of FSPs, as notified from time to time. On 18 November 2019, the government notified that these rules will apply to NBFCs (including housing finance companies) with an asset size of ₹5 billion (US$70.2 million) or more. While most of the provisions of the IBC regarding the CIRP of a company are now applicable to NBFCs, they are subject to certain differences and safeguards.

The new rules have introduced a regulator driven framework as against the creditor driven framework introduced for the CIRP of other companies. An insolvency application can only be initiated against NBFCs on an application by the Reserve Bank of India (RBI) before the NCLT. The large database of credit information held by the RBI on different NBFCs reduces the possibility of frivolous applications being made. The CIRP will be initiated following an informed decision taken by a regulatory authority. Moreover, the RBI will be conscious of the various forms of public money and securitized assets and will therefore be in a position to determine financial and legal implications.

The rules have also introduced the appointment of an administrator, as proposed by the RBI, to act as an insolvency professional. The administrator’s role has been broadened to include the powers and functions of an interim resolution professional, resolution professional or liquidator for any insolvency and liquidation proceedings of such NBFCs. While this role may seem burdensome, the RBI can appoint an advisory committee of three or more members with relevant backgrounds within 45 days of the initiation of a CIRP process to guide and advise the administrator.

The applicability of the IBC to NBFCs is a welcome effort from the legislature, and the new rules have increased the role and responsibilities of the RBI in conducting a CIRP of an NBFC. However, if clarifications are not forthcoming as to the procedures that will govern the insolvency process for NBFCs, the probability of a successful implementation of this structure will be low. The new rules are an interim measure only and a detailed specialized framework dealing with financial resolution of FSPs is awaited. The framework is unclear, leading to the possibility of a fragmented, biased and unsatisfactory outcome.

In any case, with the recent decision of the NCLT to admit RBI’s application to initiate CIRP against DHFL, it will be interesting to see how the regulator driven framework will rehabilitate stressed NBFCs and usher in a new chapter of insolvency jurisprudence.

Anisha Shroff is a counsel and Sharanya Kundu is an associate in the Bengaluru office of Samvad Partners. 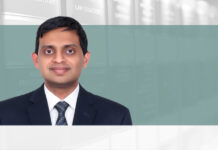 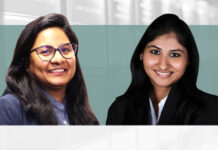 Time for a new ball

Journey of payment regulations from nodals to licences

Do the reforms go far enough?

Foreign insurers are cautiously optimistic over the decision to allow 74% FDI in the sector
How the pre-pack insolvency process allows debtors to steer away from tricky situations
Do the reforms go far enough?
How the budget will affect the taxation of M&A deals
Please send any press releases, deal announcements, details of new hires, newsletters and any other news items to: news@law.asia