Recently, Wong & Partners successfully represented a taxpayer before the Special Commissioners of Income Tax (SCIT). The issues litigated before the SCIT concern many longstanding and key areas of transfer pricing disputes between taxpayers and the Malaysian Inland Revenue Board (IRB), and the conclusions of the hearing could have significant implications regarding the conduct of transfer pricing audits in Malaysia.

The IRB has increased its focus on transfer pricing related issues in recent years, which has resulted in a significant number of transfer pricing-focused audits. The IRB often takes an aggressive position in these audits, which creates challenges for taxpayers in supporting their transfer pricing policies.

Given there have been few transfer pricing cases litigated in Malaysia, this is a relatively untested area of law, which in turn has allowed the IRB to push the boundaries on the interpretation of the law, resulting in occasions where it has deviated from commonly understood transfer pricing principles in audit situations. This has caused confusion and has resulted in greater challenges in resolving transfer pricing audits in Malaysia.

In this case the taxpayer is a Malaysian subsidiary of a multinational company dealing in fast moving consumer goods. The taxpayer was appointed to act as a limited risk distributor for a related party entity to oversee the distribution of its products in Malaysia. It was agreed that the related company would set the prices of the goods sold to the taxpayer in a manner that guaranteed a margin that adhered to arm’s length principles. The margin was based on providing the taxpayer with a return on sales (RoS) based on the results of comparable third-party distributors.

The IRB also selected five of its own comparable companies, after rejecting those put forward by the taxpayer, and insisted that transfer pricing adjustments were to be made to the median of the results of the comparable companies, instead of assessing whether the actual results of the tested party were within any point of the arm’s length or the interquartile range.

Use of interquartile range being the correct approach. A fundamental challenge in this case was the taxpayer’s challenge against the IRB’s longstanding practice of making transfer pricing adjustments to the median of the arm’s length range of the results of the comparable transactions/companies.

The taxpayer’s challenge was on the basis that the Organisation for Economic Cooperation and Development (OECD) has provided guidance that an arm’s length range is actually a range that is acceptable for establishing whether the conditions of a controlled transaction are at arm’s length. The IRB argued that under the Income Tax Act 1967, it is entitled to adjust to the median, even when the results pertaining the to prices charged fall within the interquartile range of the comparable transactions/companies.

Recharacterization based on FAR analysis and adjustments. The taxpayer argued that the IRB disproportionately focused its analysis of the arm’s length characterization of the entities on the functions of the taxpayer, and omitted to provide due weight to the assets owned and risks assumed.

Based on widely accepted methodology, a proper functional analysis must consider the functions, assets and risks (FAR) of the counterparties, and arrive at a conclusion based on what parties at arm’s length would conclude, and what in turn best supports the application of the best transfer pricing method. The taxpayer argued that the FAR analysis performed by the IRB failed to do so, and that the methodology employed by the IRB in characterising the taxpayer was based on an incorrect understanding of the Malaysian Transfer Pricing Guidelines and guidelines issued by the OECD.

The IRB argued that there was no need for it to prepare a comprehensive transfer pricing analysis under law, and that its “work analysis” based on its field audit visit was sufficient justification for the adjustment. Further, it contended that the proposed working capital adjustments involved “complex algebra”, and that “… complex algebra is generally not worth the trouble as the resulting adjustments may not be reliable”.

Deductibility of transfer pricing adjustments. It is generally accepted that for distribution arrangements between related parties contain mechanisms to ensure the margin (RoS) is maintained at a pre-agreed level, and adjustments are made periodically to ensure that the prices are appropriately maintained at arm’s length levels.

In this case, the adjustments were done by way of grant payments to be made from the taxpayer to the related party in the event that the taxpayer’s profit levels were above the target arm’s length margin. These payments in turn were taken as deductions under section 33 of the Income Tax Act 1967. Conversely, when the profit levels fell below the target arm’s length margin, the taxpayer was compensated by way of the grant mechanism and the compensation was subject to tax. These adjustments are commonly known as “true-up/true-down” adjustments.

The IRB disallowed the deductions on the basis that they were not wholly and exclusively incurred for the production of income. The taxpayer argued that the true-up/true-down adjustments had no other purpose of existence other than for the purposes of generating the income by ensuring that the margins are maintained at the target arm’s length level.

On 25 January 2019, the SCIT rendered its decision stating that it agreed with the taxpayer’s arguments and allowed the appeal in full.

The SCIT’s decision is important as it successfully challenged some longstanding practices by the IRB that have long troubled taxpayers, namely the inordinate focus on functions in the FAR analysis, the insistence on adjusting to the median, and the frequent failure by the IRB to undertake proper transfer pricing analysis on taxpayers before raising transfer pricing adjustments.

This decision is much welcomed, providing clarity and affirmation of the commonly understood transfer pricing principles. The decision is also a timely reminder on the importance of the preparation of defensible transfer pricing documentation that can withstand scrutiny in the event that an audit or subsequent litigation is unavoidable. 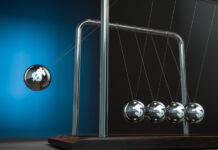 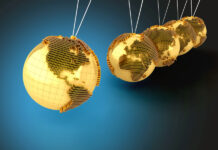