Related party transactions (RPT) have always remained a key monitoring agenda for regulators, given the nuances in how it is used for the personal gains of people in control. The revised RPT regime brought in by the Securities and Exchange Board of India will give more teeth to the capital market regulator to monitor such transactions.

However, to ensure the holistic implementation of the RPT regime the interpretational and practical challenges, few of which have been raised here, should be addressed.

Related party (RP) now includes persons belonging to the promoter group of a listed company, and any person holding equity shares of 20% or more (10% from 1 April 2023) in the listed company. Such a high stake is generally owned by large financial investors (FIs). With such a widening of scope, along with the existing voting restrictions on RPs, obtaining shareholders’ nod, even for genuine RPTs, may become difficult. As both the promoters and large FIs can’t vote, the onus to analyse and approve RPTs would fall on small FIs, who may look at RPTs from a short-term profitability perspective rather than from the business needs, and on retail investors, who either don’t vote or lack the skills to make a judicious decision.

From 1 April 2023, a transaction with unrelated parties, the “purpose and effect” of which is to benefit the RP would also be construed as an RPT. The absence of any explanation as to what construes “purpose and effect” leaves the scope for different interpretations, which may lead to litigation.

Corporate actions like rights or bonus issues have been kept out of RPTs as these are offered to all shareholders. Preferential issuances are excluded if it is compliant with ICDR Regulations. As an unlisted subsidiary isn’t required to comply with these, preferential issues made by it to an RP may be subject to RPT provisions. The rationale for such differential treatment is unclear. Thus, unlisted subsidiaries may face a challenge in raising funds, particularly from FIs that are classified as RPs, because they are holding a 20% or 10% stake in the listed parent.

However, the concern is that only independent directors (ID) forming part of the audit committee can vote. The IDs do not participate in day-to-day business affairs and rely on details shared during board meetings.

Thus, IDs may face tough challenges in reviewing transaction metrics, particularly at the subsidiary level (where they don’t have a board seat). A revised regime is laudable, for it offers flexibility to enter into RPTs, with requisite approval and disclosure safeguards. However, existing challenges may overshadow the implementation of even genuine RPTs, which may otherwise contribute immensely to growth, and value enhancement.

Harish Kumar is a partner and Itee Singhal is a managing associate at L&L Partners. 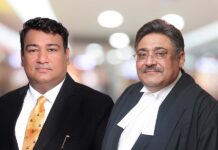