In recent years, the authors have handled a number of cases in which the person in charge, or the company executive, or the managing partners of the partnership took advantage of their positions to harm the company’s interests. In such cases, the perpetrators, leveraging their influence over corporate decision-making or control over official seals, compelled the companies to make certain decisions, or enter into capital contributions, loans, sales agencies or other pretense agreements with their related parties, granting the related parties proper identities and basis to obtain benefits. Such transactions in reality mask the illegal purposes of capital evasion, false capital contribution, embezzlement of dividends, or misappropriation of corporate property.

The final damage from these cases are often caused by the superposition of multiple interconnected acts carried out by multiple perpetrators. Perpetrators based on different identities and legal behaviour may be evaluated and fall into different legal categories, forming multi-layered, nested legal relationships involving the Contract Law, Company Law, Partnership Enterprise Law, or Property Law.

These cases can be quite complex and difficult. In terms of subjects, a focus on any isolated part of the action may be insufficient to reveal the full intent – a malicious attack on the company’s interests – leading to an inability to obtain adequate relief. In terms of procedure, due to the separate nature of pretense agreements and their different clauses on dispute resolution, it may be difficult to bring solvent perpetrators under a sole lawsuit or arbitration, while the inefficient alternative of case-by-case lawsuits may incur excessive costs of litigation or arbitration fees, as well as time.

In terms of technicality, without the other party providing evidence, it may be difficult to precisely and accurately divide multiple actions and their damages based merely on existing evidence, while separate lawsuits may suffer from a lack of solid factual basis.

In order to ensure adequate remedy, economical proceedings and, if possible, one-off resolution of conflict, and then it becomes necessary to penetrate the multiple layers of legal relationships. In this regard, the authors believe that joint tortfeasance is a viable approach for the following reasons:

This litigation strategy is also conceptually accepted by judicial practice. “Where directors or senior executives directly harm the company’s interests, in contravention of their duties and taking advantage of their positions, the conduct is in essence an intentional tort and no different in nature from other common infringements. Where directors or senior executives conspire with others, or they act in concert to commit a tortious act, it falls under the scenario of joint liability described under article 1168 of the Civil Code,” reads article 35 of the Judgment Guidelines of the Second Civil Division of the Higher People’s Court of Guangxi Zhuang Autonomous Region on Several Issues Concerning the Trial of Corporate Dispute Cases.

Similarly, where other personnel, fully aware of the misconduct of directors or senior executives, aid in compromising the company’s interests and causing such harm to transpire, it falls under the scenario described under article 1169 of the Civil Code. Persons found to have jointly committed a tortious act, or have aided or abetted in the commission of such an act, shall assume joint and several liability.

As courts have their own division of labour, each used to dealing with some types of legal relationships but not others, coupled with the traditional philosophy of “one lawsuit per legal relationship”, they may be inclined to break up the lawsuit when confronted with multiple layers of nested legal relationships. In this regard, lawyers need to make certain preparations in advance.

From the substantive perspective, strong arguments must be made for the overall fact of joint tortfeasance, with emphasis on proving the perpetrators’ collaborative intent and established concerted action or aid provided. Considering the normally higher burden of proof under general tort, if there is a special subject tort liability clearly stipulated by law, lawyers may take advantage of the presumption of liability and tilted burden of proof under the special provisions by first ascertaining the tort liability of special subjects, then arguing for joint or aided infringement involving other perpetrators.

This may offload some burden of proof from the company’s shoulders. In civil-criminal crossover cases, transcripts and investigative findings in the criminal proceedings may in turn be used as evidence to claim civil infringement. Furthermore, it is possible to prove a lack of independence in the subjects’ declarations of intent based on their inter-relationships or any improper control exerted among one another.

In terms of proceedings, lawyers may, when necessary, remind the court to pay attention to and respect the plaintiff’s right of disposition, and avoid manually separating the actions. The plaintiff is entitled, to the extent permitted by law, to bring a lawsuit over its chosen legal relationship, and the relevant facts and reasons are in line with the principle of disposition. The scope of trial should therefore be limited to the plaintiff’s choice, and the case should not be divided up based on other involved but uncontested legal relationships.

Furthermore, in complex cases, the nature of legal relationships may go through several back-and-forth interpretations. Consequently, a premature division of the case that ignores underlying ties and simply fits the pieces into existing legal models may ultimately be a step backwards from the goal of substantially resolving disputes. 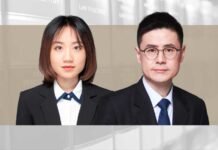 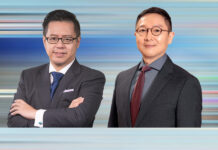