The Copyright Amendment Bill, 2010, has once again been cast under the spotlight following two recent orders passed by the high courts of Bombay and Delhi.

In a judgment pronounced on 25 July in Music Broadcast Private Limited v The Indian Performing Right Society Limited (IPRS), Bombay High Court held that the IPRS is not entitled to collect royalties or licence fees for the underlying musical and literary works in songs played by FM radio stations.

The IPRS said that Music Broadcast Private Limited (MBPL) should not be entitled to broadcast songs, even though it had a licence from Phonographic Performance Ltd (PPL) members to do so. The IPRS said that MBPL should have also sought licences from individual authors or composers of those songs. According to the IPRS, a fee is paid by the owner of the underlying works only to make a sound recording. So the producer is not required to pay subsequent royalty to the author.

The IPRS therefore sought to argue that since the literary/musical works are embedded in the sound recording, the author should be paid royalty for the exploitation of the work and that merely obtaining a licence from PPL was not sufficient.

In favour of music companies

Bombay High Court followed a ruling by the Supreme Court in a 1977 case – Indian Performing Rights Society Limited v Eastern Indian Motion Pictures Association. The court decided that it was music companies who held rights in a song recording and not the authors/composers.

The court maintained that once musical and literary works are included in a cinematographic film or a sound recording, they cannot be separated from one another.

The general practice has been for music companies or producers to pay the author a lump sum and in return, purchase all rights perpetually through a contract.

Through this route, the author has no say about the use and exploitation of their work in the future. Composers and lyricists have come to realize how much money they are losing by signing away their rights in return for very little.

At one time, authors and composers received royalties, but things changed when in 2008 the Indian Performing Right Society halted royalty payments to some 16 composers and authors against the terms of a memorandum of understanding that was signed in 1993. The MOU stated that the IPRS would distribute revenue collected from public performances in the ratio of 20:30:50 to lyricists, composers and music companies, respectively.

Taking shelter under the 1977 Supreme Court decision mentioned above, the IPRS suddenly stated that the producers of the cinematograph films were the first owners of the underlying works. They argued that unless a contract was signed by IPRS member authors confirming the same, the authors would not be given their royalties. The authors refused to sign such contracts.

A close look at the two recent judgments passed by the high courts of Delhi and Mumbai in our opinion goes on to show that IPRS is in fact taking contradictory stands. On one hand it seeks to demand royalties for composers and lyricists. On the other hand it does not wish to share the royalties in the ratio of 20:30:50 amongst lyricists, composers and music companies, unless member authors confirm that producers are first owners in the works and execute a contract in their favour.

The judgments come at a time when the Copyright Amendment Bill is being hotly debated.

The bill has been discussed and revised several times since 1999 and many papers have been published outlining how recent judgments are totally against the spirit and intent of the proposed amendment to the Copyright Act.

The Copyright Amendment Bill has been drafted to address the grievances of authors.

If section 17 of the Copyright Act is amended as planned, it will help authors retain their individual copyrights over their literary and musical work if that work has been included in a cinematographic film, even if such work was paid for and commissioned by a music company.

Doyel Sengupta is a senior associate at Lall Lahiri & Salhotra, which is an IP boutique based in Gurgaon. Sengupta is actively involved in trademark litigation and has advised clients on enforcement strategies, drafting and filing of suits, and conducting IP raids. 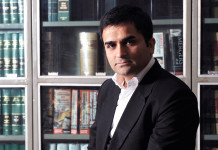 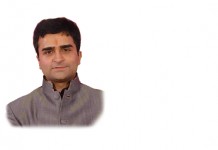 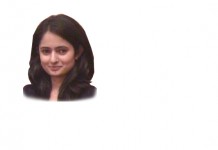