The Indian securities market regulator, the Securities and Exchange Board of India (SEBI), issued a circular on 21 July which introduced the new clause 28A to the listing agreement. The provision states: “The company agrees that it shall not issue shares in any manner which may confer on any person, superior rights as to voting or dividend vis-à-vis the rights on equity shares that are already listed.”

Unsurprisingly the new clause has generated questions, discussion and debate in the Indian legal, securities and corporate world. This article briefly highlights some of the more common questions concerning the clause, and suggests some answers.

A frequent question is whether the circular seeks to do away with shares with differential voting rights (DVRs) in listed companies. Unlike the concept of superior rights, DVRs have a statutory foundation under the Companies Act, 1956. Since 2001 the act has expressly permitted the issuance of equity shares with differential rights as to dividends and/or voting (while also laying out certain rules on the issue of shares with DVRs). Shares with DVRs grant holders the right to exercise more (or if acceptable to the holder, less) than one vote per share held.

Even the most liberal interpretation of the circular seems to sound the death knell for shares with DVRs (or at least, for superior voting rights) in publicly traded companies in India.

The terminology used in the circular has been a common cause for concern among market participants; the term “superior rights” is unfamiliar and its implications are untested. Does the term superior rights mean any rights which provide the shareholder more than one vote per share on a poll, or does the word “superior” introduce an element of qualitative analysis and comparison – in other words, do superior rights include special investor rights like affirmative or veto rights as well?

Indian companies and investors alike are no strangers to the concept of affirmative or veto rights. Such rights are fairly standard in joint ventures and private investments, including private investments in public enterprises (PIPEs). While adhering to the one-share-one-vote rule, affirmative votes contractually arm investors with the right to influence key decisions of the company without necessarily having the statutorily-conferred voting ability to do so.

Although the distinction between superior rights and DVRs is subtle, the language of the circular gives room for the interpretation that even shares which confer affirmative/veto rights could fall within the ambit of the new clause 28A. One cannot help but wonder if the intent of SEBI was to regulate and curb such rights in publicly listed companies in order to avoid possible misuse by the persons in control (such as private investors) to the detriment of public shareholders.

If true, this would appear to be consistent with the view that SEBI has taken under other investor-friendly regulations, most notably under the SEBI (Substantial acquisition of shares and takeovers) Regulations, 1997, commonly known as the takeover code. SEBI has been of the view that, under the takeover code, any affirmative/veto right the exercise of which could be construed as controlling the management or policy decisions of a company amounts to the acquisition of control over the company, in which case the investor is required to either drop such rights or to provide an exit opportunity for minority shareholders.

Other instances include the SEBI regulations requiring companies to delete provisions which provide affirmative or veto rights from their charter documents at the time of a public listing of securities. In view of these comparisons with the SEBI’s past actions, the changes brought about by the circular come as no surprise to many.

There seem to be more questions than answers at this stage. Is the intent only to ban shares with DVRs? Is it to ensure that all shareholders are on par, and to provide greater protection to public shareholders? And if so, was the listing agreement the appropriate place to make such an amendment? After all, it is a well-publicized fact that the Companies Bill, 2009 (introduced in early August), like its lapsed predecessor (the Companies Bill, 2008), seeks to do away with the concept of shares with DVRs altogether, while also outlining detailed provisions for the protection of minority shareholders. Questions also arise as to the status of existing DVR share issuances (including those of household names such as Pantaloon Retail and Tata Motors).

SEBI would do well to clear the air on the questions surrounding the amendments brought about by the circular. The interests of a developing country require a clear and unambiguous legal framework to attract investments, especially PIPEs, which serve as a barometer of confidence in the markets. Some clarity on these issues would go a long way towards reinforcing India’s position as a preferred investment destination.

Sawant Singh is a partner and Arun Madhu an associate at Phoenix Legal in Mumbai. They can be reached at sawant.singh@phoenixlegal.in and arun.madhu@phoenixlegal.in. 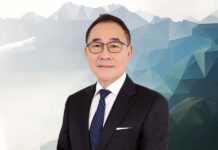 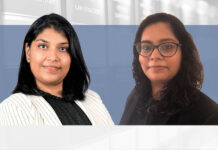 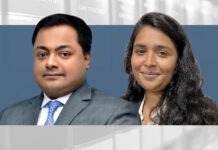