The chase for profits often leads multinational enterprises (MNEs) to make cross-border transactions. According to the 1995 United Nations Conference on Trade and Development World Investment Report, intra-MNE transactions account for as much as 60% of global trade.

MNEs seek to shift profits to lower tax regimes and thereby increase their real (global) profit. Tax cost can be reduced by arranging the transfer of goods, services and intangibles to achieve the minimal corporate tax cost. This practice contradicts the MNEs’ unstated policy of paying the least possible customs duty on the import of goods. Therefore, MNEs have to review the implications of customs duty and transfer pricing regulations on a typical international transaction in goods.

The customs law, including the Customs Valuation (Determination of price of imported goods) Rules, 2007, is modelled on article VII of the General Agreement on Tariffs and Trade 1994. The basic formula for determining customs duty is the transaction value (TV) of the goods, multiplied by the applicable rate of duty. In a transaction between related parties, the parties must demonstrate (using the prescribed methods sequentially) that the TV approximates the value of a transaction between unrelated parties – i.e., parties transacting at arm’s length. Two tests are used to determine this: (1) the “circumstances of sale” test, to determine whether the relationship influenced the price; and (2) the “test values” test, which is used to determine whether the TV closely approximates one of the specified types of “test” values. Importantly, the value of services and intangibles becomes relevant for valuation of the goods when paid in relation to the goods (as a “condition of sale”).

The legislature has created a Special Valuation Branch to which all related party transactions are referred to check any for under-valuation.

Similarly, India’s transfer pricing provisions, while based on Organization for Economic Cooperation and Development guidelines, require evidence that a transaction between “associated enterprises” took place at an “arm’s length price” (ALP), i.e. that the relationship did not influence the price. The provisions prescribe six methods for proving this, any of which assessees may adopt.

Indian customs authorities typically watch out for undervalued imported goods (and also for over-invoiced goods, which may be a clue to a money laundering operation), while transfer pricing officials keep a check on attempts by MNEs to shift profits to lower tax regimes outside India by over-pricing goods.

The divergent processes for enforcing India’s customs law and transfer pricing provisions result in duplicated effort and the adoption of inconsistent values by the authorities. Attempting to balance the two tax regimes is a time- and resource-consuming hassle for MNEs; clearly, a harmonized environment encompassing both regulations would make sense and be beneficial, especially given the common objective of arriving at an ALP.

There are two schools of thought concerning possible convergence. Those in favour of it emphasize the need for credibility, which is damaged if two arms of one ministry arrive at different answers to the same question (i.e., “What is the ALP of this transaction?”). Those against harmonization argue that the two systems of taxation are based on different principles and that convergence is not appropriate, especially if it involves trade-offs.

To minimize costs and effort, the two departments should adopt a common price that yields an acceptable and appropriate level of customs duty and income tax. While the common element of the ALP makes harmonization feasible, the manner and form of taxation differs. Customs duty is based on the event of importation and assessed upon the filing of a bill of entry; transfer pricing assessments take place two to three years after the economic event has occurred.

Some other divergent aspects would also need to be solved, including the differing definitions (“related persons” and “associated enterprises”) used under the two legislations. Regarding valuation, the following aspects would require substantial attention for harmonization to be implemented: (1) Customs law allows for prescribed adjustments including those relating to setting up a comparable commercial level, whereas transfer pricing regulations have greater room for adjustments; (2) The amended transfer pricing regulations allow for acceptance of the price at which the international transaction is undertaken, so long as the ALP (arithmetical mean of comparable prices) is within 5% of the international transaction; (3) The transfer pricing mechanism allows a MNE to agglomerate a variety of transactions and benchmark the profitability at an enterprise level; and (4) Safe harbour provisions in income tax law may entail relaxed examination of certain types of enterprises and their transactions.

In the Indian context, authorities in the two departments have begun information sharing and cross-education. It will also be beneficial to establish a central authority that can provide rulings on the assessment of related-party transactions for customs as well as transfer pricing purposes.

Rohan Shah is the managing partner at full-service law firm Economic Laws Practice, where Ranjeet Mahtani is an associate. The firm is headquartered in Mumbai, and has offices in New Delhi, Pune and Ahmedabad. 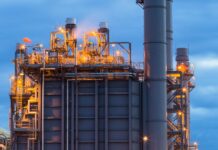 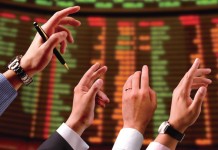 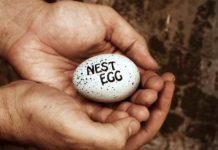 The government is keen to support the growth of online trade, but its draft e-commerce rules could have the opposite effect.
Analysis: What propelled Air India’s return to Tata?
India’s top lawyers and legal icons