2010 saw Indian law ﬁrms jostling for position as they vied for prestigious roles on headline deals. India Business Law Journal turned to corporate clients and legal professionals to find out which firms finished ahead of the pack

For India, 2010 was a year of outstanding achieve ments, economic prosperity and international controversy. In the run-up to the Commonwealth Games, India’s ability to host an international sporting event was called into question. The organizers were hit by allegations of corruption and there were several high-profile hiccups in the completion of the facilities. But despite criticism at home and abroad, the event was a great success. The world was treated to a spectacular showcase of Indian culture and international sport. And India emerged victorious with 101 medals, taking second place in the overall medals table.

The year was also a high point for deal makers, with billions of dollars of investment flowing into and out of India. HSBC acquired RBS India; Standard Chartered became the first international bank to list in India; and Vedanta purchased a 51% stake in Cairn India. Bharti Airtel, meanwhile, spent the summer acquiring assets of Kuwaiti telecom provider Zain for US$9 billion.

Indian lawyers were put through their paces in 2010, often being forced to work to tight deadlines on extremely ambitious deals. This was particularly the case in the capital markets arena, where the government made some high-profile disinvestments. Coal India, NTPC and Power Grid all went to market last year, but there was little time for celebration. Instead of popping open the champagne, law firms have been busy beefing up the weaker parts of their practices in anticipation of an even more challenging year ahead. 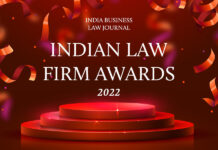