Our publications
Home Inbox IBC and exclusions from committee of creditors

During the corporate insolvency resolution process (CIRP), the committee of creditors (COC) is the de facto board of the defaulting company. The COC is constituted after collating all the claims on the debtor, and plays an important role when it comes to the CIRP of any defaulting company. Considering that the COC is constituted by financial creditors exclusively, the Supreme Court, in the case of Phoenix ARC Private Limited v Spade Financial Services Limited and Ors, came up with a new jurisprudence on 1 February 2021. This gave a new perspective toward the constitution of the COC in terms of its role, power, and the exclusion of related parties from it.

The interim resolution professional constitutes the COC after collating all the claims made against the corporate debtor. The board of directors of the corporate debtor is suspended during the CIRP, and the COC becomes the de facto board of the defaulting entity. The COC then appoints the resolution professional, who assumes the position of the committee chairperson.

Sections 5(24) and 5(24A) of the code define the meaning of related parties in relation to a corporate debtor and to an individual, respectively, in a very detailed manner. The related parties could include a director, key managerial personnel, limited liability partnership (LLP), public company, body corporate, and corporate debtor’s primary adviser. It also includes persons having more than 20% of voting rights, and those who control the composition of the board of directors.

Section 21 of the code provides that a related party to whom a corporate debtor owes a financial debt shall not have any right of representation, participation or voting in a meeting of the committee of creditors.

Reasons to exclude a related party

If related parties are involved in the COC, it could disengage the purpose and objective of its existence. Related parties have certain interests over the corporate debtor, which could influence the outcome of the CIRP in a negative way.

In the case of Sushant Aneja and anr v JD Aneja Edibles Pvt Ltd, the NCLT (Jaipur bench) held that the nature of transactions between the corporate debtor and related parties could not be equated with that of a transaction between a corporate debtor and an outsider. A related party’s inclusion could lead to differential treatment and void the objective of the CIRP. To ensure that there remains no “abuse of process under the IBC (Insolvency and Bankruptcy Code)” and to make sure that there remains no adverse effect on genuine stakeholders, the related party was excluded from the COC.

While the code has explicitly barred the inclusion of a related party in the COC, it is silent as to the status of a financial creditor who ceases to exist as a related party, and whether such creditors would be allowed to the part of the committee. This issue was unanswered until the Supreme Court’s decision in the Phoenix ARC case.

In this case, it was realised that the concerned financial creditors were in such a position within the company that they could have an influence over the affairs of the corporate debtor. The Supreme Court held that if any such entity ceased to exist as a “related party” with the corporate debtor, with the sole intention of entering into the COC to sabotage its objective, then it will be barred from entering into the committee. This judgment had a two-fold impact. First, it enlarged the scope of section 21(2) of the code, and second, it emphasised the importance of protecting the rights of the financial creditors.

The court emphasised that, had it not interpreted the provision accordingly, there could be a possibility where financial creditors would exclude themselves from the definition of related party before the initiation of the CIRP. The whole purpose of such exclusion would have been to have an influence over the working of the COC, and consequently to sabotage the CIRP. To prevent this, the Supreme Court broadened the scope of section 21(2) of the code to ensure that the rights of the financial creditors are preserved during the CIRP. 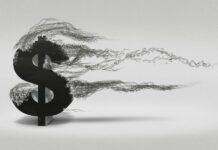 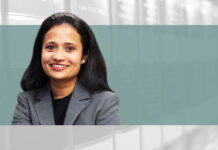 Withdrawal of CIRP may save corporate debtor 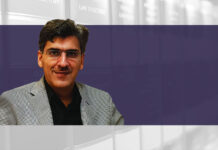 Copyright infringers bait B2B partners with the promise of opportunity
Revealed: The top international law firms for India matters
Application of per se rule can save the CCI time and costs while investigating anti-competitive behaviours