The market is a battlefield. In the course of changing commercial operations today, strategic operational means, e.g. anonymous purchase in the intellectual property (IP) field, are sometimes indispensable. However, anonymous purchase has always been denounced as a form of “fraud”. This article explores the issue of how to properly handle IP transfers by discussing a case of anonymous purchase.

The widely known iPad trademark case could be called a fight started by a possible anonymous trademark transfer. In this case, Proview Technology (Shenzhen) instituted a legal action in a California court asserting that Apple Corporation, in the course of purchasing the iPad trademark, “misled Proview through an affiliate, and deceived Proview in a premeditated manner to enter into an agreement with it”, constituting fraud. Ultimately the case was dismissed by the court on the grounds of jurisdiction. But should the anonymous purchase by Apple Corporation be deemed as a fraud?

It is the author’s opinion that Apple’s anonymous purchase of the trademark did not constitute fraud because the transfer agreement executed by the IP company (an affiliate established by Apple for the anonymous purchase) and Proview was genuine and valid. First, the agreement genuinely reflected Proview’s desire to dispose of the iPad trademark, provided for reasonable considerations, and was a true expression of the parties’ intent. Second, the IP company was a lawfully existing company, without any fraud of subject. It did not have any obligation to disclose that it was an affiliate of Apple, and in purchasing the trademark in its own name there was no issue of fraud. Third, in international trade, the strategic establishment of an affiliate and the use of the body to attempt to acquire certain assets is a common business strategy employed by multinationals, which should not be subjected to legal obstacles.

Still, many issues remain in the course of an IP transfer that require attention.

Ken Li is a trademark attorney at Chang Tsi & Partners 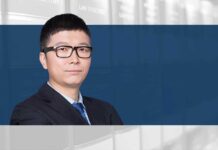 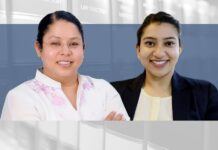