With modest power generating capacity of 164 gigawatts resulting in a 12% shortfall during peak hours, India’s energy shortage has reached unparalleled heights. The increasing demand for both residential and commercial space and improvement in lifestyle, contributes significantly to the extensive consumption of energy throughout the life cycle of a building and creates pressure on natural resources. Concerns about this have led to the development of green buildings that are designed, constructed and operated to achieve maximum energy efficiency with minimal environmental impact.

The green building laws in India are presently an assortment of building codes combined with green building rating systems, which lay down the minimum standards and norms for energy efficiency. In addition, environmental clearances for large constructions from the Ministry of Environment and Forests and incentive schemes like the solar building program of the Ministry of New and Renewable Energy regulate and promote green buildings.

The Energy Conservation Act, 2001, was one of the first legislative initiatives to provide for the efficient use and conservation of energy in India. The act led to the creation of the Bureau of Energy Efficiency (BEE) which was mandated to prescribe guidelines for energy conservation building codes.

In 2007, the BEE formulated the Energy Conservation Building Code (ECBC), which provides minimum requirements for energy efficient design and construction of buildings based on the climate zone in which they are located. The code applies to buildings or building com-plexes that have a connected load of 500 kW or contract demand of 600 kVA and above. Generally, buildings with a conditioned floor area of 1,000 square meters or more will fall in this category. The code also lays down minimum norms for building envelopes, mechanical systems and equipment including heating ventilation and air conditioning systems, service hot water and pumping, interior and exterior lighting, electrical power and motors systems in five identified climatic zones. However, buildings not using electricity or fossil fuels as well as equipments and portions of building systems using energy primarily for manufacturing processes are exempted under the code.

At present compliance with the code is voluntary but is intended to be made mandatory in a phased manner. In March, the BEE made its intentions clear to mandatorily implement the code for any new construction of commercial buildings in eight states: Delhi, Maharashtra, Uttar Pradesh, Haryana, Tamil Nadu, Andhra Pradesh, Karnataka and West Bengal. For the purposes of the code, commercial buildings would include all buildings except multi-family buildings of three stories or fewer above grade and single family buildings.

After the code is adopted, state governments and municipal bodies will be responsible for the codes implementation and enforcement and the real test will lie in how effectively it is incorporated in the existing building bye-laws.

A building code that pre-dates the ECBC is the National Building Code (NBC), developed by the Bureau of Indian Standards in 1970. The NBC, which underwent its most recent revision in 2005, was launched as a model code to be voluntarily adopted by various stakeholders involved in construction activities including government bodies and the public works department.

The NBC basically focuses on the minimum standards of building safety, building material and structural design and construction practices with limited guidelines on energy conservation and is used as a reference document in the ECBC.

Currently, there are two prominent rating systems for certifying green buildings in India – the Leadership in Energy and Environmental Design green building rating system (LEED-INDIA) and the Green Rating for Integrated Habitat Assessment (GRIHA). LEED-INDIA is promoted by the India Green Building Council (IGBC), which is a part of the Confederation of Indian Industry. In April, the IGBC began registering projects under the latest version of the LEED rating system. GRIHA was conceived by The Energy and Resources Institute (TERI) and jointly developed with the Ministry of New and Renewable Energy.

Both rating systems assess the energy efficiency and pro-environmental performance of buildings and have tried to incorporate the minimum standards set by the ECBC and NBC. It is estimated that by the end of 2012, 5 million square meters of built up space will be GRIHA compliant and 93 million square meters will be LEED- INDIA compliant.

At present, the technical capabilities of the code implementing agencies are inadequate to support code adoption and compliance, and streamlining the code with the existing building laws remains a challenge. As such, one can only hope for a green and energy efficient future for the real estate sector in India.

Deepti Mohan is a partner at Vidhii Partners and can be reached at deepti.mohan@vidhiipartners.com. 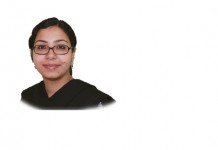 Regulating the unregulated: real estate at the crossroads