With the relaxation in foreign investment norms and a bright market potential, many entities, including multinational corporations, are looking at expanding their business into India. While expanding a business into India may at times pose trademark legal challenges to a brand, the brand can be protected under the intellectual property (IP) regime in the country. Challenges may exist as the business coming into India may find entities incorporated or existing in India already using and/or running business under an identical or similar brand as their own. Such an entity could be a prior user in India or a registered user of the mark in India. It could be an honest, or a dishonest, user of the mark.

The law in India on trademark infringement, passing off and transborder reputation has undergone a transition, and some argue that it has been shaped in past years to often favour the local entities, especially if the foreign mark holder is unable to establish transborder reputation of its trademark in India. The threshold to establish this reputation has recently been interpreted at a higher level by India’s courts raising their demand for credible evidence.

But, in cases of dishonest adoption or use of the disputed mark by a local entity, courts, in all probability, do not grant any equitable relief to such local entities. In any event, new entrants must be prepared to address or avoid these challenges in order to protect their trademarks and prevent any unfavourable inferences that may come their way.

India, being a common law country, follows the “first to use” principle, as opposed to the “first to file”. Irrespective of a trademark being registered or not, the trademark law in India favours a prior user, the principles of which are enshrined in the statute as well as forming part of the common law.

However, it is essential that the “use” is in the territory of India. Trademark protection in India is territorial in nature, i.e., recognizing and extending the rights of a trademark only to India. Even in case of enforcement of foreign trademarks, the law emphasizes establishment of use and transborder reputation regarding such foreign trademarks in India.

Transborder reputation includes the spilling over of the knowledge and goodwill of a foreign trademark amongst the relevant section of the public in a different territory, irrespective of the availability of the goods/services in the said territory. The same is established through various factors including: increased consumer awareness; advertising crossing borders; international magazines having circulation in India; media coverage; volume of sales; domain registrations; online advertising; e-commerce presence; globe trade progression; global travellers (Indian and foreign); social media presence; participation in expos/trade fairs in India; and dialogues, if any, with Indian traders.

Over time, Courts in India have evolved the concept of transborder reputation. The courts have also come down heavy on local entities when they have approached the court with unclean hands. In Paramount Surgimed Limited v Paramount Bed India Private Limited dated 25 May 2017, the plaintiff, a local entity and registered proprietor of the mark “Paramount” in class 10 (surgical items) filed a suit for trademark infringement against a Japanese company, also having a subsidiary in India, for use of the mark “Paramount” for hospital beds.

The court, after looking into the evidence furnished by the defendant to prove transborder reputation, including publications in newspapers having circulation in India, purchase orders from Indian distributors and invoices, etc., observed that the “Paramount” mark of the defendant had become a recognized figure in India, and its transborder reputation had permeated into this country. Thus, the defendant was permitted to freely sell its products under the mark “Paramount” during the pendency of the proceedings. This case was further negotiated and amicably settled between the parties.

It’s preferable to have favourable solutions and strategies to address these disputes, should they arise, and to take steps towards protecting foreign trademarks before entering the Indian market. This includes advertising in publications and online media that have circulation and accessibility in the country, securing trademark registrations, seeking declaration from the Indian Trade Marks Office for a well-known status for the mark, collating all relevant records evidencing the first use of the mark in India, taking offensive action against the local entity, or considering negotiations depending upon the strength of the foreign mark and the transborder reputation it carries.

The law concerning foreign trademarks and the concept of trans-border reputation are still being debated before courts in India, presently interpreting and reconciling the views expressed by the judiciary in different cases, so far. After all, how can an entity claiming to have an earlier use be permitted to run its business under a trademark, perhaps dishonestly adopted, while riding upon the goodwill of a foreign claimant and causing consumer confusion? 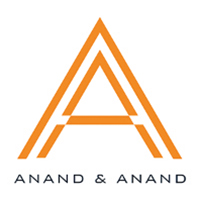 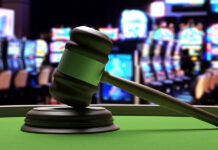 The definitive list of the country's top lawyers
Will green energy finally take off in the region?
Asia SPAC legal advisory rankings and data analysis