the supreme people’s court issued the Regulations on Several Issues Concerning the Application of the Enterprise Bankruptcy Law of the People’s Republic of China (3) (Judicial Interpretation 3) on 28 March, focusing on the relevant legal issues concerning the exercise of creditor rights, which triggered a heated discussion in the industry.

Zheng raised two questions on the issue of borrowing by the debtor: (1) the borrowing will be preferentially compensated with reference to the common debt, but it is obviously not classified as a common debt; and (2) the borrowing needs to be subject to the creditors’ meeting, which in turn has increased the difficulty of borrowing.

“In our current bankruptcy process, the creditors’ meeting is basically ineffective,” he said. As such, he suggested working with creditor committees of financial institutions, which hold 70% to 80% of the total credits.

Although the judicial interpretation reflects the desire of the Supreme Court to optimize the business climate, Lu doubted whether the creditors’ meeting could reach an effective resolution. “At present, is it possible that the requirements imposed on asset management by the judicial interpretation will obey the overall principle of giving equal emphasis to efficiency and fairness as provided in the Bankruptcy Law … It is worth thinking about.”

Gao said that courts in different parts of the country dealt with common debts differently. The judicial interpretation has made it clear that if the parties have enacted an arbitration clause or entered into an arbitration agreement before bankruptcy, they can file for arbitration according to the original agreement.

This has led many creditors to change the dispute resolution clause to arbitration clause in order to avoid discrepancy in the determination of claims after entering insolvency proceedings.

The media coverage on the roundtable conference is organized based on shorthand transcripts. Any remarks by the guest speakers and scholars represent their own opinions, and not the opinions of the organizations to which they belong. Read the full report of the CBLJ Forum 2019 here. 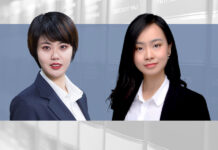