Earlier this year, the Cayman Islands gazetted its long awaited Private Funding of Legal Services Act, 2020, which allows Cayman lawyers to offer contingency fees, and endorses the use of funding. The law came into force in May, bringing Cayman in line with other jurisdictions where funding has been permitted for a number of years.

In England and Wales, the history goes back further, to the 1967 Criminal Law Act that decriminalised maintenance and champerty, two archaic laws that had long served as legal bars to third-party funding. Litigation funding in England and Wales really took off in the late 1990s.

In Asia, two key financial hubs are making moves to welcome the funding industry. Singapore has allowed third-party funding for international arbitration and associated proceedings, including enforcement and mediation, since 2017. Hong Kong allowed the same in 2019, and in the following year, the Hong Kong Court of First Instance, through the “insolvency exception”, clarified that liquidators do not require court approval for litigation funding agreements. Apart from some exceptions, any third-party funding in court proceedings may still attract the potential tortious, or even criminal, liability of champerty or maintenance. 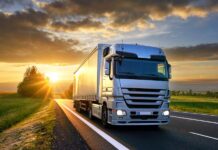