Our publications
Home Vantage point Game not over

Despite the sector holding much promise, fantasy sports and online gaming companies with stakes have had to fend off litigation and regulatory ire. However, the fantasy sports sector recently saw a significant win with the Supreme Court upholding a Rajasthan High Court order dismissing a public interest litigation that sought to ban such games. The court in its judgment said the question of fantasy sport games such as Dream11 amounting to gambling was no longer open to question. On the other hand, online gaming companies with stakes had to hold off celebrations despite a favourable ruling from Madras High Court after the Tamil Nadu government said it would re-introduce legislation to ban them.

The popular Indian film, Baahubali, has a scene where a captured wild bison is brought from the jungle before the king for a fight. The king wants to use the bison to demonstrate his strength in a stadium full of people eagerly awaiting to see who will win. Neither the bison wants to be tamed, nor the king wants it to be used as a work animal. The fight ends with the king killing the animal for a few short-lived moments of enjoyment and spectacle.

This scene has parallels to the constant stand-offs between disruptive tech startups and the law, with startups being the wild bison and the law being the king. The disruptive startups work hard in the first phase of their growth, solving a lot of problems, capturing consumer interest and trust as well as investor confidence. They achieve many things that would take traditional businesses decades to achieve. But the fast-paced growth may sometimes take the focus away from engaging with regulators and ensuring a framework of regulation, governance and compliance.

On the other hand, regulators take their own time to adjust and understand new technologies, and rather than creating a win-win legal framework that allows disruptive businesses to survive and grow while ensuring compliance and governance, they get drawn by the easier alternative of prohibition to rein in the startups that are raring for growth.

Online fantasy sports (OFS) and online gaming in India are examples of industries that have disrupted the way sport is enjoyed, and the way people spend their time and money on entertainment. At the same time, these two sectors are live examples of how a legal or regulatory vacuum can create uncertainties or even existential challenges for otherwise growing and booming industries.

Some of the most recent judicial developments in the OFS industry have busted a few myths and also defined a certain path for the industry and legislators to work on a mutually beneficial, and compliance and governance-driven, framework.

Everyone is aware of legal arguments around elements like the involvement of skill in virtual team selection, points systems, knowledge of the real-life sport, players, etc., and their respective importance in fantasy sports that give it a definitive skill-based structure. In the author’s personal opinion, fantasy sport is a unique tool of entertainment that has the following critical elements, which set it apart from all other forms of online entertainment and gaming:

Since 2017, fantasy sports companies in India have fought quite a few battles in court, and have received a favourable view from various high courts as well as the Supreme Court. A closer look at this judicial journey of the fantasy sports industry in India would reveal that the industry has slowly but steadily built and consolidated a road towards better governance and, more importantly, a road towards regulation, which is always better than the road towards prohibition.

Four key judgments from the Punjab and Haryana High Court, Bombay High Court and more recently from Rajasthan High Court have taken the fantasy sports industry in India ahead, one step at a time. Also, a recent Supreme Court judgment has silenced criticism of gambling and betting against the industry.

Amol Apte is vice president, legal, at Dream11, an online fantasy sports platform based in Mumbai. The views expressed in this article are personal. 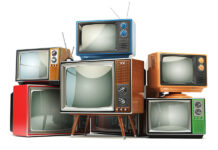 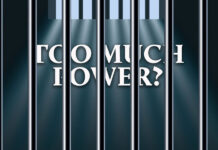