A legal expert involved in Dangdang’s take-private transaction reminds companies that such a transaction is a long and complicated process, with related parties needing to overcome many obstacles. 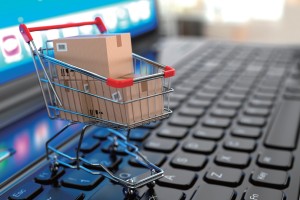 Shearman & Sterling was US legal counsel to Dangdang’s special committee, and the firm’s team was led by Stephanie Tang, a New York-admitted lawyer and partner in the law firm’s Hong Kong office. Tang told China Business Law Journal that many Chinese take-private deals were mainly led by management, who often sat on the board of directors of the company.

“You can see that there are inherent conflicts of interest at the transactional level. So that’s why almost every management-led take-private deal has a special committee of the board of directors to evaluate the going-private transaction,” she said.

In the special committee only independent directors can be members, while management members who proposed to take the company private and are also on the board will be excluded.

Such a structure means the management’s take-private transaction may be usurped. In Dangdang’s take-private process, iMeigu Capital Management tried to buy Dangdang at a higher price than the offer made by Dangdang’s management, but the special committee voted down iMeigu’s proposal.

Dangdang received a buyout offer from its management in July 2015. The approximately US$556 million going-private transaction closed in September 2016 and the company ceased to be a publicly traded company on the New York Stock Exchange.

All management-led take-private deals also need to go through the review process of the US Securities and Exchange Commission.

From 2015, Chinese companies listed in the US have started to return home, aiming at higher valuations in mainland China. Among 300 US-listed Chinese companies, five have completed relisting; another 30 are on the way back home.

Amid the large wave of businesses seeking relisting in A-shares, the foreign exchange regulator – State Administration of Foreign Exchange (SAFE) – has shown concerns on capital outflows led by companies’ buyout deals for delisting from US exchanges. In general, Chinese firms will need to fund the dollar-denominated buyout deals through Chinese banks, which may put pressure on China’s foreign reserves.

“From a practical point of view, foreign exchange control is becoming stricter,” said Tang, suggesting companies involved in take-private transactions should be transparent in dealings with the SAFE. They should explain clearly the purpose of their foreign exchange trade, and how they are going to use the money.