English
Our publications
Home Market watch Deals of the year 2013

As China’s markets and investors mature, the sophistication, complexity and sheer ingenuity of transactions are reflected in the work of the legal community that supports them. Richard Li reports on some stars that outshone the others in 2013

If China’s economy is slowing, someone forgot to inform the markets in 2013. The demand for China-related transactions was strong and resilient.

Chinese companies, both state-owned enterprises (SOEs) and private companies, were also hungry for overseas assets, but they seemed to be growing more skilful, and their appetites were ever more diversified.

CNOOC’s takeover of Nexen shows Chinese companies’ ability to conquer challenging regulatory issues in large transactions. Wanxiang even managed to acquire A123 System’s assets in the face of political opposition in the US.

Dalian Wanda’s purchase of Sunseeker is part of the trend that Chinese buyers are turning from traditional industries to more high-end sectors such as luxury products.

The internet industry has been hectic, and the competition intense. Giants such as Alibaba, Baidu and Tencent have been busy purchasing assets, offering bonds or gaining loans for development. 21Vianet Group issued the first dim sum bond from a Chinese internet company.

While the IPO market in mainland China was torpid, Hong Kong’s IPO market has remained popular, with a lot of listings in the past year. The debt market has also benefited from the IPO suspension in the mainland, with many companies turning to this market for raising money.

The continued vigour in transaction sectors also led to increasing activities in dispute resolution. Aokang’s victory in the European Court of Justice is significant to Chinese parties’ confidence in overseas disputes. The judgment in the first vertical monopoly agreement case shows China’s increasing legal sophistication in the realm of the antitrust law.

The winning deals have, as in previous years, been chosen based on a number of factors, not just large monetary values. The overall significance, complexity and innovative nature of the deals were also considered, as well as the deal size and broader interests.

China Business Law Journal’s independent editorial team made its own choices on the deals that we felt were the shining stars for the year.

All winning deals and law firms chosen are listed in alphabetical order to avoid presumptions of ranking. 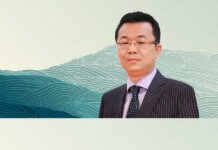