The National Company Law Appellate Tribunal (NCLAT) recently considered whether a moratorium order covers a criminal proceeding under section 138 of Negotiable Instruments Act, 1881 (NI Act), which provides for punishment in the form of a term of imprisonment which may extend to two years or with a fine which may extend to twice the amount of the dishonoured cheque or with both.

In Shah Brothers Ispat Private Limited v P Mohanraj & Others, the appellant creditors initiated a corporate insolvency resolution process against corporate debtor Diamond Engineering Chennai, and filed a complaint against the corporate debtor and its directors under section 138 of the NI Act. Section 138 pertains to a cheque being dishonoured due to an insufficiency of funds in the account.

The corporate debtor and its directors brought the matter before the National Company Law Tribunal, Chennai (NCLT) to seek an order that the appellants withdraw the case in light of the pending corporate insolvency resolution plan. The NCLT passed the order in favour of the corporate debtor and directed the appellants to withdraw the complaint case. The NCLT noted that such action amounted to a deliberate attempt on the part of the appellant to misuse the process of law as it filed the complaint after the moratorium order.

On appeal, NCLAT set aside NCLT’s order and held that the imposition of a fine could not be held to be a money claim or recovery against the corporate debtor. If such orders were passed by a court of competent jurisdiction on the directors, they would not fall under section 14 of the Insolvency and Bankruptcy Code, 2016, as criminal proceedings are not covered within the scope of that section. Therefore, a court of competent jurisdiction may proceed with the complaint filed under section 138 of NI Act even during the period of moratorium. 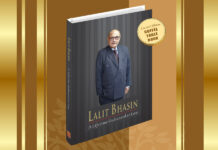 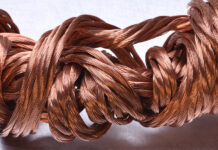 The markets regulator has begun the process to move away from the broad concept of promoters
Survey reveals different perspectives on health of legal market
Do lawyers have a duty to help avert a climate catastrophe?