In the recent case of MIHAN India Ltd v GMR Airports Ltd and Ors, the Supreme Court confirmed that no public body or authority may act in an arbitrary manner merely because it has the apparent right to do so.

The government of Maharashtra (GoM) decided, in conjunction with the government of India, to develop Nagpur International Airport, which was run by the Airports Authority of India (AAI), as a multi-modal international passenger and cargo hub. The Ministry of Civil Aviation, The Maharashtra Airport Development Company (MADC) and the AAI also became involved. The AAI and MADC established a company, MIHAN India, to take over the airport from the AAI. MIHAN conducted a tender, inviting private companies to upgrade, modernise, operate and maintain the airport. The GoM set up a high-level oversight committee, the Project Monitoring and Implementation Committee (PMIC), to direct the project on its behalf. The PMIC comprised representatives of the central government, the GoM, MADC and the AAI, with the Chief Secretary of the GoM as the chairman. The PMIC approved the request for proposal packages (RFP) sent to companies that had passed the request for qualification process. One of the RFP conditions stated that the bidder offering the highest rate of revenue sharing would be awarded the contract.

GMR Airports offered the highest rate of revenue sharing at the close of the tender. However, MIHAN was dissatisfied with the actual rate and discussed and negotiated further with GMR. GMR agreed to a higher rate of revenue sharing and confirmed this in writing. GMR also asked that MIHAN declare it the selected bidder and issue a letter of award. MIHAN issued the letter of award, which GMR then signed to accept the revised condition.

There the matter remained for almost a year, when GMR Airports requested MIHAN to issue the concession agreement to it and to its special purpose vehicle, GMR Nagpur International Airport Ltd (GNIAL), to enable work to proceed. Receiving no response, GMR petitioned the Bombay High Court to require MIHAN and the GoM to execute the concession agreement. The day it was served with the petition, the GoM directed MIHAN to retender the project. MIHAN wrote to GMR annulling the existing tender and requesting it to reclaim its tender deposit. The high court found in favour of GMR and GNIAL holding that attempting to retender the project, annulling the existing tender and returning the deposit amounted to an arbitrary exercise of authority. The court held that this was a breach of article 14 of the constitution. MIHAN and the GoM appealed to the Supreme Court.

The Supreme Court upheld the judgment of the high court. MIHAN and the GoM argued that the letter of award was merely an acknowledgment of a revised bid from GMR, that the award was dependent on the approval of the central government and that the rate of revenue sharing was worse than existing arrangements under the AAI and would reduce public income. The Supreme Court had no doubt that the letter of award was a proper recognition of the winning bid. Not only had GMR won the tender as originally formulated, but had also voluntarily agreed to a revision that benefitted the tenderer. Any approval from the central government related to the lease of land by MIHAN and the tender documents made it clear that the winning bidder would be only a concessionaire and licensee. The question of loss to public funds was not relevant in view of the extensive tender regulatory framework and the authority given to the tender manager.

The Supreme Court held that the actions of MIHAN and the GoM constituted the arbitrary exercise of authority. The fact that a public body has discretion to exercise its powers does not mean that such discretion is unfettered. Bidding processes are required to be fair and just, and public bodies are held to higher standards of fairness, equality and the rule of law when dealing with contractual matters. The contractual rights of such entities are subject to constitutional limitations and must necessarily satisfy the tests of equality, reasonableness and non-arbitrariness. The public bodies in this case had breached article 14 of the constitution, which guarantees equality before the law.

This judgment is welcome, not least as a reminder to officials they must honour the expectations of bidders that expend effort, time and resources attempting to secure projects from state and public bodies.

Shailendra Kumar Singh is a partner and Kartik Agarwal is an associate at HSA Advocates. 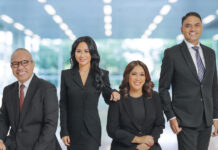 Revealed: The top international law firms for India matters
Copyright infringers bait B2B partners with the promise of opportunity
A look back at the past five years shows that GST hasn't been the game-changer that was promised