The interconnecting infrastructure of countries along the route for the One Belt, One Road (OBOR) initiative is relatively backward, with an urgent need for investment in, and construction of, such infrastructure as ports, airports, docks, highways and railways, presenting the perfect opportunity for Chinese cross-border investment and construction enterprises. But Chinese overseas investors also face legal, political, market and social stability risks.

The OBOR initiative is dovetailing with the development of several regions and countries, with a trend of numerous investment and construction projects striding out onto the world stage. The most typical are in the high-speed rail sector. Relevant statistics show that high-speed rail plans that involve strategic co-operation agreements or potential co-operation intentions with China now total 34,700 kilometres, accounting for 37.2% of planned high-speed rail construction worldwide.

However, in stepping onto the world stage, Chinese enterprises have encountered all manner of problems. For example, in 2009, in the Mecca light rail project in Saudi Arabia, China Railway Construction Corporation Limited (CRCC) served as the general contractor and China Railway 18th Bureau Group as the actual construction company. As the level of the latter’s management of contract performance was not up to the needs of the international market, it failed in the course of the construction to promptly strengthen the management of visa and claim processes relating to contract performance, resulting in project visas and claims failing to achieve the actual effect of increasing quantities and extension of time. Once the project was completed, CRCC, a listed company, said the Mecca light rail project would cause it to sustain a huge deficit of RMB4.15 billion (US$645 million), close to half of its annual profit.

In the 2009 Poland A2 Highway project, the consortium led by China Overseas Engineering Group (COVEC) executed a contract with the Polish highway administration with a locked total price – which is incompatible with the management of visas and claims in international projects, making it difficult to obtain compensation from the owner when costs increase, works are varied and the period extended – ultimately leaving it with no choice but to withdraw from the project in breach of contract. Accordingly, the claim by the Polish highway administration against COVEC and its consortium is estimated at PLN741 million (US$187 million).

In an international situation heated up by the OBOR initiative, Chinese enterprises have to keep a clear head, quickly adapt to international practice and comprehensively strengthen their management of contract execution and performance. Chinese lawyers need to grasp the massive commercial and development opportunities to enhance the quality of their services and accompany Chinese enterprises in going global. 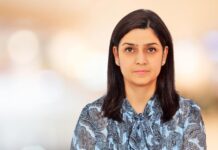 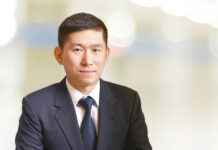