A recent decision of the Northern California district court in Federal Trade Commission v Qualcomm Inc is being seen as a high point for numerous cases of litigation not only in the US but across the globe. In the May 2019 decision, which is the subject of a July 2019 appeal, the California court ordered injunctions against the defendant aimed at removing anti-competitive behavior by the company concerning its standard-essential patents (SEP). The decision requires the defendant to, 1) renegotiate the SEP license terms with original equipment manufacturers (OEM), 2) make exhaustive SEP licenses available to modern chip suppliers in line with fair, reasonable and non-discriminatory terms (FRAND), and 3) cease from entering into exclusive dealing agreements, among others.

Industry players that have invested in extensive R&D have long enjoyed patent protection – a necessity to safeguard licensing revenue. The licensing rights are seen as an essential trade off to oil the economic machine driven by innovation.

However, as a caveat, a standard-setting organization (SSO) defines the standard way of doing things in the industry to maintain harmony and inter-operability, which is essential to ensure the seamless working of the entire industrial ecosystem.

Any difficulty in accessing SEPs to accomplish the standard can restrict new players from entering the market.

Over the years, various SSOs have required SEP holders to license SEPs for royalties in accordance with FRAND terms. Subscribing to such FRAND terms could even oblige a patentee to license its patent to an immediate rival. FRAND terms differ across industry and jurisdiction.

The Competition Commission of India had noted in the 2013 determination in Micromax Informatics Limited v Telefonaktiebolaget LM Ericson (Publ), “standardization is the process of developing and implementing technical standards. Such technological standards are termed as SEP, when they are patented and for which there are no non-infringing alternatives. Once a patent is declared as SEP, it faces no competition from other patents until that patent becomes obsolete due to new technology or inventions.”

In India, the Competition Act, 2002, and the Patents Act, 1976, where section 3 of the former concerning anti-competitive agreements specifies, “Nothing contained in this section shall restrict … the right of any person to restrain any infringement of, or to impose reasonable conditions, as may be necessary for protecting any of his rights which have been or may be conferred upon him under … the Patents Act, 1970”.

Upon studying the SEP licensing practices of the defendant with numerous leading OEMs, the court found the same violated various tenets of antitrust law, including of restricting entrants in the mobile chip manufacturing industry. The court found that the exclusive deals of the defendant foreclosed a substantial share of the market by preventing a rival from selling chips to a OEM for a range of its products, this despite the OEM’s engineering expertise having accelerated the rival’s engineering advancements.

Delhi High Court in a patent infringement suit, Communication Components Antenna Inc v Ace Technologies Corp, directed the defendant to deposit ₹540 million (US$7.6 million) in the interim. The quagmire highlights the lack of guidelines on licensing royalties, as certain Indian OEMs have accused SEP holders of charging exorbitant royalties on the overall price of the product. The increasing number of patents in force across various sectors in India makes it imperative to take a cue from the principles of customary law and give weight to not only industrial practice but also judicial opinion as well.

Manoj Kumar is the founder and managing partner at Hammurabi & Solomon and Sukrit Kapoor is a principal associate at the firm. 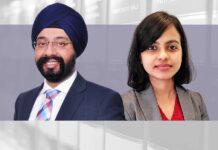