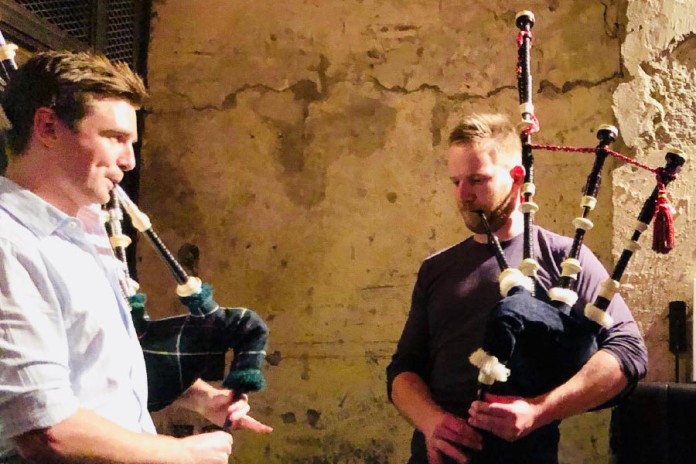 Attendees enjoyed connecting with fellow members of the legal profession over whiskies and haggis-based canapés against the backdrop of haunting bagpipe music.

The traditional function is a highlight in every Scot’s calendar, featuring tributes, poetry and speeches in honour of the works of Scottish poet Robert Burns, and a great way to indulge in Scotland’s rich cultural heritage.

Other events keeping members busy included Slaughter and May hosting a client update on 17 January at the firm’s Hong Kong office, entitled “Where were the lawyers?”

Presenters Sarah de Gay, general counsel, and Peter Brien, corporate and senior partner, of Slaughter and May, looked at recent familiar headlines and the stories behind them, such as the Panama Papers, the Paradise Papers, the sale and subsequent collapse of British Home Stores, Hollywood sexual misconduct allegations, and General Motors’ faulty ignitions.

They encouraged the audience to explore what these stories tell us about the working life of the modern lawyer, and questioned whether there has been an inside counsel revolution, and what role in-house lawyers can and should play as guardians of their corporations.

Much has already been said about the initiative and the background of countries concerned, but the team of speakers examined what the initiative really means for Hong Kong as both a financial centre and a seat of arbitration, and what role the city can play for investors in Belt and Road countries. Speakers included partners Paul Starr, David Lam, Donovan Ferguson and head of projects Sam Farrands.

ONC Lawyers hosted two seminars on 9 and 11 January to ACC members on the topic of “managing data breach”. This hot topic attracted keen interest as Dominic Wai, a partner at ONC Lawyers, discussed how to deal with law enforcement agencies and regulators in a data breach incident. He also shared tips on what in-house counsel should be doing before such breaches occur.

By Manisha Singh, Dheeraj Kapoor, and Simrat Kaur, LexOrbis
How Japan is keeping its data protection regime sharp
What will the new government in Philippines mean for businesses?