Home The wrap Brexit may cause trade swing to Asia

As law firms scramble to explain possible Brexit scenarios to clients, some analyses say the Asian region is set for a trade windfall from the UK’s exit from the EU. 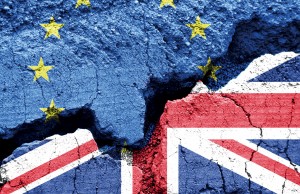 According to Anna Elliott, a Sydney- based partner at Squire Patton Boggs, several Asia-Pacific countries either have negotiated, or are currently negotiating, free trade agreements (FTAs) with the EU. “Brexit may require existing FTAs with the EU to be renegotiated to adjust for a non-Britain EU, and, depending on how complex Britain’s exit from the EU is, may delay the free trade negotiations currently underway,” she said.

The 23 June referendum in which the UK voted to leave the EU has startled the world, with manifold regulatory and commercial uncertainties making regional business leaders restless – and not surprisingly, leading international law firms have responded by alerting investors to potential risks ahead.

“There is a great deal of concern among Asian corporates with interests in the UK, but now also there are concerns that other countries will put their membership of the EU up for discussion in coming weeks and months,” said Jacky Scanlan-Dyas, a Tokyo-based partner at Hogan Lovells. “This will have an inevitable impact on how Asian corporates view doing business in the EU.”

Trade arrangements with the UK are now fated to be re-designed, whatever the result of Brexit negotiations, since the current EU trade treaties cannot cover the UK once its exit is complete.

“From a legal perspective, it is important to stress that on Brexit occurring, all existing UK trading arrangements with the EU, EFTA [European Free Trade Association] and the rest of the world will lapse, unless replacements are agreed,” said Scanlan-Dyas. “Decisions will need to be made on which new trading arrangements to prioritize.”

What tortures businesses and investors the most at the moment is their lack of ability to foresee which version of a Brexit deal the UK and the other EU states will agree on. The worst scenario, in which Downing Street severs all links to the European continent, is unlikely.

However, since contribution to the EU’s budget and the free movement of workers – two important obligations in exchange for rights to access the EU single market – are the major anathema to Brexit supporters, there is still a good chance that the new Theresa May government will bring back a deal that falls short of the business community’s expectations.

“The uncertainties in a Brexit scenario are so great that there may be a temptation to do nothing until negotiations start to create a clearer picture,” said Guy Lougher, a London-based partner at Pinsent Masons. “However, the days when a business can say ‘wait and see’ are gone.”

Some companies have already taken action in response to the uncertainties. Lougher said his firm had started advising clients on the review of business-critical contracts. “Agreements which specifically reference the EU as the territory governed by the contract may lack clarity,” he said. “There may also be ambiguity around how the impact of tariffs will be shared.”

If the UK government fails to set satisfactory arrangements with the EU, UK financial services institutions may no longer enjoy their current free entry to the EU single market by losing a variety of “passporting” rights, which allow companies in one EU member state to provide services in any other.

“In such circumstances, UK financial services institutions would effectively become non-EU ‘third country’ entities,” said Robert Stirling, a London-based partner at Skadden. “The same limits will apply to UK financial services institution subsidiaries of US and other non-EU companies. Many such companies rely on their UK subsidiaries to provide services within the EU, for which passport authority is required.”

Philip Butler, the London-based global co-chair of DLA Piper’s financial services sector, said Brexit might have both pros and cons for financial institutions. “Post-Brexit, there is, on the one hand, scope for regulated firms which do business both in the UK and the EU to be exposed to two sets of regulatory requirements which may be equally onerous, but in different ways,” he said. “On the other hand, if the UK takes the opportunity to lessen the burden of regulation, firms may see this as an opportunity.”

Brexit may also change decision-makers’ minds about how to develop their businesses in Europe. David Lakhdhir, a London-based partner at Paul Weiss Rifkind Wharton & Garrison, said part of the reason the UK had been recognized as a good location for the parent of a European group was that EU directives ensured that intra-group dividends, interest and royalties could move free of withholding taxes.

“Although the UK has an extensive network of double-tax treaties and an income tax treaty with each EU member state, not all treaties provide for 0% withholding, and several are less protective than the equivalent provisions under the relevant directives,” he said.

“As a result, the attractiveness of corporate structures with an English parent company may be reduced by Brexit. Those planning new investments may therefore wish to select a different EU jurisdiction for this purpose, and in appropriate situations consideration should be given to migrating an existing English company parent structure into another EU jurisdiction.”

Companies already in the European market should not be heedless of two important issues in their daily operation – their workforce and tax arrangements. “It is likely that the UK will seek to impose some restriction on immigration as a result,” said Crowley Woodford, a London-based partner at Ashurst. “This may result in the introduction of some form of visa system, as is currently in place for non-EU citizens. You should consider what impact that may have on your workforce. Do you have non-UK EU citizens working in your business in the UK? Equally, do you have UK citizens working in your business within EU member states?”

The tax issue is more complicated. “Depending on your business model and corporate structure, [concerns] may include increased customs duties, the tax treatment of foreign exchange gains and losses, tax equalisation arrangements for employees and a change to the existing value-added tax position,” said Paul Miller, a London-based tax partner at Ashurst. “Where Brexit causes changes to the group holding structure and/or business relocations, these will also have significant tax implications.”

The tough get going

As the year grinds on and the pandemic shows no signs of receding, businesses are now regrouping and finding ways to move on

The necessity of India’s confidentiality clubs

The Association of Corporate Counsel (ACC) Australia published its fifth member flash poll related to the covid-19 pandemic, with results showing in-house counsel in the country are feeling cautiously optimistic that they will not lose their jobs

Patent laws are fast evolving across the world, and nowhere more so than Asia. Emerging case laws and new legislation are helping shape stronger intellectual property laws for regional players