A new normal is emerging in the UK real estate market, with its resurgence as a popular destination for capital investment from Asia following the effects of the covid pandemic and Brexit.

Real estate adviser Knight Frank’s annual London Report published in February stated that GBP4 billion (USD4.6 billion) is to be invested into the London office market in 2022. Much of that is expected from the Asia-Pacific region, with investors from Singapore, Hong Kong, Malaysia, mainland China and South Korea among others. The GBP4 billion is nearly double last year’s volume of capital from the region.

“That investment did slow during the pandemic, although the reason for that might be more practical than due to any negative perception of the market – travel restrictions – meaning that inspection of buildings was more difficult, with certain investors reluctant to invest significant capital in a real estate asset they had not seen,” Iain Hindhaugh, real estate partner at Addleshaw Goddard in London, told Asia Business Law Journal.

“Now that travel restrictions are loosening, we are seeing an increase in transactional activity by international investors.”

Linda Jacques, a partner at Lester Aldridge Solicitors in Southampton, agreed that most of the Asian investment coming into UK real estate is largely because the market is vibrant, especially for properties in London.

“The real estate market was very hot before the pandemic. It dropped down and now it has started to pick up again,” said Jacques. “Overall, the UK is very open to investment from across the world as it doesn’t put up too many barriers, is still very easy to open a new company as the government gives incentives to companies coming to the UK and the tax is quite good here.”

While the wider global political and economic outlook still does cause concern, Hindhaugh said demand remains from opportunistic investors who may be seeing a slight shift in recent months to a buyer’s market, with opportunities to create value.

An example of this is Lembaga Tabung Haji’s (TH) acquisition of 33 Horseferry Road in London, a building occupied by the Department of Transport, for GBP247.5 million, which closed over the traditionally quieter summer months. TH is an Islamic institution providing facilities auch as banking for Malaysian Hajj pilgrims and also manages investments.

“The market fundamentals remain strong, occupier demand has returned despite the recent trend of working from home, with employers seeking out higher quality buildings to support the race for talent and the changing priorities in that talent pool,” said Hindhaugh.

However, Hindhaugh warned that one of the key changes in law for international investors to be aware of is the Economic Crime (Transparency and Enforcement) Act, 2022, which came into effect for all practical purposes in August.

It requires most overseas entities acquiring UK real estate to register at Companies House and provide full details of its beneficial ownership. This also applies to owners of existing assets, who will need to register before 31 January 2023.

The act is designed to increase ownership transparency in the UK real estate market, which has become increasingly politicised. As a result of the conflict in Ukraine, questions have arisen about who actually owns real estate in the UK and the extent to which property might have been acquired using illicit capital.

“Previously, many offshore companies could acquire UK real estate and the ultimate owners of those offshore companies could largely be hidden behind various trust structures, and the use of companies from jurisdictions with a high degree of secrecy – the British Virgin Islands (BVI), Caymans etc,” said Hindhaugh. “The BVI, in particular, has always been a popular choice of jurisdiction for [property] acquiring companies from the Asia-Pacific region.”

With most of the investment being channelled into London and Southeast England, Jacques of Lester Aldridge said the government had been trying to encourage investirs to look beyond these areas.

Jacques said the government’s Levelling Up policy aimed to disperse the financial wealth around parts of the country that may have fallen slightly behind. Scotland, Wales, Northern Ireland and Northeast England are the four regions where the government is really keen to see investment flow.

“Whether now it’s a buzzword or not, there’s definitely a focus to try to get more investments into those regions as a result of a big push for Levelling Up,” said Jacques. “The UK is very keen to attract all investment in technologies, in particular, but I think in all areas, everything is possible.”

Regarding policy developments, Jacques saw the government having more power to oversee investments, mergers and takeovers of certain companies through its National Security and Investment Act 2021, which took effect on 4 January.

This act allows the government to screen companies that are trying to gain control of another company or asset in in 17 sensitive sectors of the UK economy.

“Since 2021, there has been more emphasis on certain key sensitive areas of the business, but I think the UK is just catching up with the rest of the world in similar legislation,” said Jacques.

The UK real estate market slumped due to the “no deal Brexit” risk leading up to 31 January 2020, when Britain finally withdrew from the European Union. At the same time the covid pandemic was beginning its global spread from Wuhan, China, which had weighed on the economy for at least two years that saw lockdowns of communities and travel restrictions imposed. 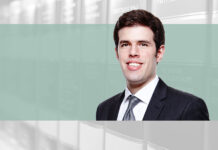