Our publications
Home Expert briefing Arbitration law in the Philippines

In the Philippines the time constraints and costliness of litigation are more often moving contracting parties to arbitration, but there remain roadblocks to be aware of when choosing this increasingly popular method of dispute resolution.

Given the aversion of contracting parties to costly and protracted litigation, arbitration as an alternative mode of dispute resolution is gaining more favour and popularity in the Philippines, resulting in arbitration clauses being an integral part of most commercial transactions.

In solidifying arbitration as a viable substitute in resolving commercial disputes, Congress enacted Republic Act No. 9285, also known as the Alternative Dispute Resolution Act of 2004 (ADR Act), which provided the much-needed legislation to institutionalize arbitration in the Philippines. The ADR Act addressed most of the inadequacies of its predecessor, Republic Act No. 876. It governs both domestic and international commercial arbitration, and has adopted the 1985 UNCITRAL Model Law as a complement to the Philippines’ earlier accession to the 1958 New York Convention on the Recognition and Enforcement of Foreign Arbitral Awards on 19 June 1958, which it ratified on 6 July 1967.

To smoothly integrate arbitration into the existing judicial system, the Supreme Court issued Administrative Matter No. 076-11-08-SC, dated 1 September 2009, also known as the Special Rules of Court on Alternative Dispute Resolution (special ADR rules), which provided for the procedural guidelines for both domestic and international arbitration, as well as enforcement of arbitration in the Philippines.

The ADR Act likewise established the Office for Alternative Dispute Resolution (OADR) to promote, develop and expand the use of alternative modes of dispute resolution in the country. It is empowered, among other things, to: formulate training standards and certify arbitration practitioners and institutions; co-ordinate the development, implementation, monitoring and evaluation of government alternative dispute resolution programmes; and to carry out the ADR Act. To lessen court interference in ad hoc arbitrations, the national president of the Integrated Bar of the Philippines is recognized in the ADR Act as the default appointing authority. 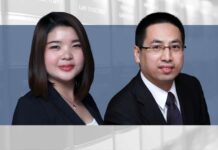 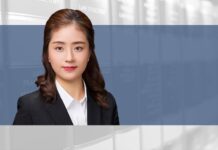 A GC’s guide to global investment trends
When doubt arises over an arbitrator’s impartiality, case law provides options to assess the appearance of bias, but some ambiguity may remain