Home Intelligence report All about action

Singapore has been shaping itself as a first-class hub for international arbitration, among other things. And as its neighbours know, what Singapore wants, Singapore usually gets, writes Joanna Law

Singapore was in the international spotlight recently as the country selected for the headline-grabbing and controversial meeting of US President Donald Trump and North Korean leader Kim Jong-un.

The two met on 12 June, kicking off an unprecedented summit between the two leaders. Regardless of the political polarization of the meeting, the fact that Singapore was chosen as the location is evidence of the popular perception of the city-state as a neutral space.

This rings particularly true for arbitrations, and many legal firms and practitioners believe Singapore is unrivalled in Asia. It’s seen as a place that gets things done, where transparency is high and where legislative change within its dominant-party structure is unshackled by the roadblocks inherent with multi-party democracies and their close relatives.

“Just looking at these statistics, it is difficult to dispute that Singapore is the international arbitration hub in Asia,” says Bazul Ashhab, partner and head of dispute resolution at Oon & Bazul in Singapore.

Michelle Chiam, deputy centre director of SIAC, says Singapore is home to all the key players that are critical to the successful resolution of a dispute: institutions, arbitrators, law firms, barristers’ chambers, and professional service and ancillary service providers. “By convening the relevant parties and offering a comprehensive range of options, Singapore serves as a gateway for the dispute resolution needs of parties from around the world,” Chiam says. 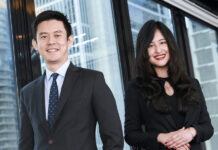 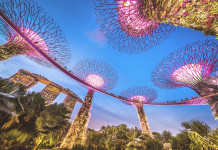 Nation steps up its game in renewable energy, but stringent regulation remains
In-house counsel survey finds anger with law firms
There has been a surge in Asia-based fund managers looking to establish digital asset funds and holding structures in Jersey