Home Practitioners' perspectives All aboard the tax ‘train’

THE PHILIPPINES IS In the midst of undertaking a comprehensive tax reform programme composed of four packages: Package 1 for individual income and consumption tax; package 2 on corporate income tax and incentives; package 3 on real property tax; and package 4 for capital income tax.

The tax reform will be implemented in phases rather than in “one big bang”. Its main objective is to make the tax system simpler, fairer, and more efficient and supportive of the country’s national agenda for acceleration and inclusion. Thus, it was named TRAIN: an acronym of Tax Reform for Acceleration and Inclusion.

Individual income and consumption taxes. Beginning 1 January 2018, package 1 became effective. Generally, it shifted revenue dependency from income tax to consumption tax. It lowered the income tax on individuals (except for the top bracket), but at the same time it increased excise taxes on consumption goods such as oil, automobiles, sugar-sweetened beverages and minerals, and it introduced a new excise tax on invasive enhancement surgeries.

Specifically, package 1 restructured the individual income tax system by making it more progressive and equitable. It widened the income brackets, resulting in lower taxes on low and middle-income individuals, but increasing the top tax rate from 32% to 35% for those with annual income of PHP8 million (US$150,000) and over.

It likewise simplified the system by removing all exemptions and deductions, replacing them with a single unconditional across-the-board exemption level of PHP250,000. Processes were simplified and the frequency of filing lessened. An 8% presumptive tax, which is in lieu of income and VAT, was introduced to simplify the compliance of micro and small enterprises with gross sales and revenue of PHP3 million or less.

Despite these good features, package 1 is being blamed for causing inflation to shoot up to 6.4% (the highest in the region), despite statements from the government that TRAIN-related inflation is only 0.4%. The increase in excise taxes on oil and the 100% increase in documentary stamp taxes are perceived to have triggered prices of goods and financial intermediation services to spiral upward.

Corporate income taxes and incentives. The objection against package 1 made it difficult for the passage of package 2. Congress already passed its version of package 2 (the TRABAJO Bill) but the senate has yet to pick up and deliberate on it.

The congress version, which is also believed to be the Department of Finance version, gradually reduced corporate income tax from 30% to 20% within a period of 10 years, a reduction of 2% every two years, beginning 2021. All exemptions and special tax rates were removed in an effort to bring everyone on to a level playing field, and to minimize arbitrage. Among those items removed are special rates for offshore banking, regional operating headquarters and petroleum service contractors.

Incentives were streamlined. The incentives laws currently under the Department of Trade were incorporated in the Tax Code as part of the basic tax laws under the Department of Finance. As a prudent measure, all incentives have to be approved by a single body known as the Fiscal Incentives Review Board, chaired by the Secretary of Finance. The tightening of the grant of incentives is also coupled with stringent requirements for transparency in reporting for the purposes of quantifying the tax expenditure, and for accountability to the public.

In addition, the incentive packages were refined to make them more performance-based, targeted, time-bound, transparent and measurable. The 5% gross income tax enjoyed by enterprises registered with the economic zones was phased out and replaced with a 50% reduced income tax (RIT) which can be enjoyed up to a maximum of five years. An income tax holiday may still be given but for a non-extendible period of three years, except for those investing in agriculture, or in less developed regions, which are given an additional one year. In an effort to direct investments to the countryside and less developed areas, super incentives in the form of additional years were given.

Real property taxes. Package 3 is designed to professionalize the valuation of real properties by adopting a single valuation for purposes of taxation, both for local and national taxes. This package has not yet reached an advanced stage and appears to be on the back burner.

The bills filed in congress basically reduced the number of tax rates, and adopted a general 15% single tax rate for interest income, dividend and capital gains, both for residents and non-residents, individuals and corporations. It harmonized the taxation of financial products regardless of issuer, and in general it simplified and made the system regionally competitive.

In summary, packages 2 and 4 are still being deliberated in congress. The government intends to have this passed within the year, but considering that election fever has set in with an election scheduled next year, the target date of release may not be met. In the meantime, package 1 is already in place and being implemented. 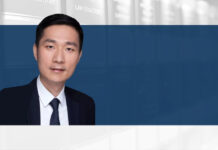 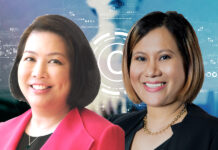 Patent laws are fast evolving across the world, and nowhere more so than Asia. Emerging case laws and new legislation are helping shape stronger intellectual property laws for regional players