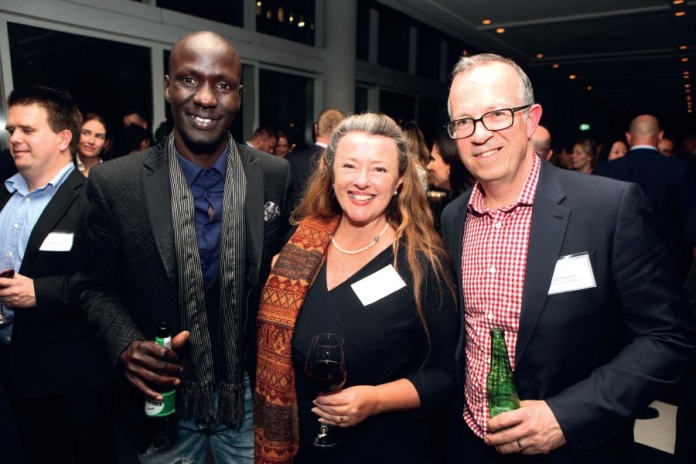 More than 200 attendees from Sydney’s in-house community attended what has become an annual event, and celebrated the close of the Australian financial year.

But the evening highlight belonged to 2017 NSW Australian of the Year finalist, Deng Adut. The former Sudanese child soldier is now a criminal lawyer in Western Sydney.

Adut spoke about the value of inclusion and of the contributions that refugees can make to Australia’s rich and diverse community.

Adut is also the founder of the John Mac Foundation, which was named after his late brother. The foundation enables people from refugee, humanitarian and other disadvantaged backgrounds to gain access to a higher education.

A total of A$5 (US$4) from each ticket sold for the event was donated to the foundation.

Jon Downes, the NSW divisional president and head of legal, Australasia at Willis Tower Watson Australia, thanked members for contributing to what was the highest attendance ever at a NSW divisional social event.

For more information about the John Mac Foundation, visit the website at http://johnmacfoundation.org

The definitive list of the country’s leading private practice lawyers
How long will it be before AI makes partner?
Find out which are the best law firms in Indonesia

Claudia Salomon lays out ICC's strategic plan for Asia
Find out which are the best law firms in Indonesia
How long will it be before AI makes partner?
OECD’s Asean project seeks to foster competition in the region’s e-commerce sector
Please send any press releases, deal announcements, details of new hires, newsletters and any other news items to: news@law.asia