Will Korea deregulate digital currency? South Korea is one of the world’s most significant markets for blockchain technology companies. At the end of 2018, the Korean Won accounted for 16% of the global Bitcoin/fiat market.

However, a cooling off of trading activity in 2018 and a lack of clearly laid-out regulation are both causes of concern for the nation’s digital currency market.

Despite its leading role in the digital currency markets, South Korea has not yet implemented formal regulatory and taxation measures for trading these currencies. In reaction to the speculative mania that swept Korea’s cryptocurrency market in 2017, South Korean regulatory authorities maintain their blanket ban on initial coin offerings (ICOs).

An increase in trading activity typically compels regulators to establish clear trading guidelines, but Korea’s digital currency market in 2018 was anything but bullish, with three of the “big four” Bitcoin exchanges all recording losses by the end of the year. With investors looking to take their digital assets to other jurisdictions (including offshore), the market has arguably seen better days. However, there are some indications that Korea’s regulatory authorities are finally preparing clear legal guidelines.

Regardless of recent market woes, with its high-tech economy and receptiveness for new technology, South Korea remains one of the world’s most significant markets for cryptocurrency and blockchain companies. As the market continues to move up and down, the evolution of South Korea’s digital currency regulation will be one to watch, and promises to have a significant impact on global digital currency markets.

The digital currency buzz hit South Korea with gusto. In early 2017, Bitcoin was being traded at nearly the same price globally, but by the end of that year, it was traded at a dramatically higher price in South Korea than in the rest of the world. In a phenomenon dubbed the “kimchi premium”, South Korean digital currency traders were paying nearly US$8,000 more per Bitcoin and simultaneously had access to an arbitrage opportunity with potential gains of between 30% and 50%.

In part because of these significant premiums, the South Korean digital currency market saw rampant misconduct, including mining Ponzi schemes, market manipulation and outright theft. On 20 December 2017, South Korean authorities indicted nearly two dozen people in connection with a digital currency mining Ponzi scheme operating under the name Mining Max, which swindled more than US$250 million from over 18,000 investors. Market manipulation, including spoofing (faking demand by placing large orders not intended to be filled) and wash trading (buying and selling one’s own order), became commonplace in the South Korean digital currency market.

In January 2019, South Korea’s Ministry of Science and ICT, the Korea Internet & Security Agency and the Ministry of Economy and Finance announced that only a third of the nation’s digital currency exchanges passed a government security audit. The regulatory agencies said that 14 out of the 21 exchanges they inspected were “vulnerable to hacking attacks at all times because of poor security”, citing the “insufficient establishment and management of security systems such as basic PC and network security.”

Amidst market growth in 2017, lawmakers began preparing a set of bills to provide digital currencies with “legal grounds”. This positive sentiment was quickly overrun by the Financial Services Commission’s (FSC) prohibition of domestic companies and start-ups’ participation in ICOs in September 2017, arguing that digital currency is not a means of exchange, nor a financial product. On 21 March 2018, the ruling Democratic Party proposed legislation that would essentially codify FSC’s guidelines as law.

In the year-and-a-half since the ICO ban, many have been watching in anticipation of the FSC reversing its decision. In late 2018, the Financial Supervisory Service (FSS) conducted a survey of 22 local firms that held ICOs in foreign countries, to which 13 responded. Given that some of the surveyed ICO projects lacked important information for investors – and in some cases provided false information – the FSC in turn determined that ICO investment was a “high risk” activity, and announced in January 2019 that it would not lift the ban.

In the absence of legislative direction, South Korea’s courts have stepped in. In September 2017, the Suwon District Court invalidated the seizure of 216 Bitcoins because it was “not appropriate to confiscate Bitcoins, as they cannot assume an objective standard value”. Following the prosecutor’s appeal in December 2017, the previous court’s ruling was reversed based on the idea that digital currencies have economic value, because “Bitcoin can be changed into money through an exchange”, and it can be used “as a means of payment through merchants”.

On 30 May 2018, South Korea’s top court affirmed the appellate court’s decision, recognizing digital currency as an “asset with measurable value”.

Despite the flurry of regulatory activity from different South Korean agencies and the judiciary, market participants are still awaiting clear guidance from the National Assembly in the form of a statute that will provide a comprehensive regulatory framework.

The proposed statutes and other pronouncements, however, point in different directions with respect to promoting cryptocurrency trading and blockchain technology. Some of the proposed government actions lean toward promoting both.

On 5 April 2019, a bipartisan group of lawmakers called on the government to ease regulations of both cryptocurrencies and blockchain technology. In May 2018, the South Korean government announced its plans to soften its digital currency regulations in line with its G20 counterparts, signalling an increase in cross-border co-operation and enforcement activities among G20 member nations.

Additionally, regulators have agreed to apply to cryptocurrencies the standards of the Financial Action Task Force (FATF), an inter-governmental body formed to fight money laundering and terrorism financing.

One week before, members of the minority Liberty Korea Party had introduced a bill that would provide comprehensive support for the blockchain industry, including measures such as IP protection and even tax benefits. Under proposed regulatory schemes, digital currency exchanges would be required to register with South Korea’s Financial Intelligence Unit, a sub-organization of the FSC that monitors transactional flows to prevent money laundering or other attempts to evade capital control measures.

The exchanges would also need to comply with “Know Your Customer” and anti-money laundering regulations at levels similar to banks.

On 7 March 2019, the FSC announced that it would focus on passing the amendment to the Act on Reporting and Using Specified Financial Transaction Information, initially proposed on 21 March 2018. The proposed amendment, if passed, would significantly strengthen the banks’ discretion to cease doing business with cryptocurrency exchanges based on concerns over money laundering or terrorism funding.

Market participants have criticized this proposal, claiming it would effectively mean a death sentence for all but the largest exchanges, as mid-sized exchanges would be unable to comply with the rigorous legal requirements.

While the past year has seen both tight regulation and sluggish market growth for Korea’s blockchain and digital currency markets, lawmakers across multiple parties and regulatory entities have acknowledged the need for further deregulation, although the actual implementation of such deregulation is coming in fits and starts.

The upcoming year will be a critical period for South Korea’s regulatory landscape of digital currency, one that is indeed worth close attention. 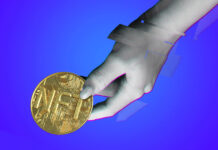 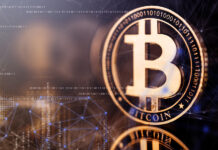 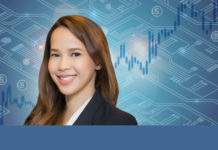 Developments in crypto law in Thailand