Home J. Sagar Associates Tribunals are here to stay, but with improvements

A constitution bench of the Supreme Court recently delivered its judgment relating to tribunalization of justice. This judgment has put to rest the existentialist challenges to this institutional development, embracing “tribunals” as a part of the justice delivery system while recommending ways of strengthening them. The majority opinion was authored by Chief Justice Ranjan Gogoi with justices Dhananjaya Chandrachud and Deepak Gupta giving concurring opinions.

The Supreme Court studied the evolution of tribunals globally and in India. Tribunals emerged around 1873 to deal with technically specialized trade disputes involving monopolistic railway companies. They have spread across sectors due to the need for specialization in complex commercial/technical issues – offering cheaper, speedier, and more accessible alternative means of dispute resolution. Tribunalization in India began in the 1940s with the Income Tax Appellate Tribunal. Justice Chandrachud described the genesis of tribunals as an answer to the challenges thrown up by the complexities of social and economic offerings.

Certain aspects seem to have eroded the stature and efficacy of tribunals that are quasi-judicial in nature. These include the selection process, terms/entitlements, security of tenure and lack of autonomy (for creating and upgrading infrastructure; hiring of staff; computerization and other facilities). Courts have felt that where the subject matter does not involve any specialized technical expertise and knowledge, tribunals handling disputes must be staffed with judicial members with standing commensurate to the task at hand. Technical members must be appointed where justifiable but not to reduce the tribunals to sinecure for retiring loyal bureaucrats. In this context, superior courts often looked at tribunals/quasi-judicial authorities as somewhat inferior cousins. Further, due to the absence of a unifying statute, there is a lack of uniformity in over 40 statutory tribunals, commissions and authorities – each established under different enactments, bringing significant anomalies and distortions.

The Supreme Court struck down the tribunal rules as being ultra vires the parent statute while referring the question of the validity of the Finance Act as a money bill to a larger bench. The Supreme Court has directed the central government to reformulate the rules, addressing concerns for independence of the judiciary; access to justice; and overburdening of the courts. The court highlighted the failure of successive governments to comply with directions issued over two decades ago to establish an independent supervisory body to oversee tribunals. The court reiterated its 14-year-old recommendation for adapting the American principle of judicial impact assessment. The court highlighted that directions issued for the appointment of a selection committee remain unimplemented and gave concrete recommendations for establishing a statutory National Tribunals Commission with dominant judicial constitution to oversee the eligibility, selection, terms and conditions of service, grounds for removal, infrastructure and financial requirements of the tribunals.

A nuanced view was expressed by Justice Gupta in commending the two-tier tribunal system like in the UK so that there is no first appeal directly to the Supreme Court, while evolving an All India Tribunal Service with a 15-20 years career track. The Supreme Court recommended amalgamating tribunals that deal with similar areas of law but are under-occupied to ensure effective utilization of resources. It further commends setting up circuit benches of all tribunals at seats of all major jurisdictional high courts to give better access. We can hope for significant reforms here in the days ahead.

Amit Kapur is a joint managing partner at J. Sagar Associates. The author’s views are personal and not attributable to the firm. 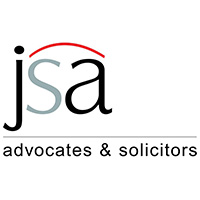