Home Features The rise of the phoenix

Will the Intellectual Property Appellate Board continue to stir up a storm now that its high-profile chairperson has retired, asks Shwetasree Majumder

This article is as much about one of India’s most powerful quasi-judicial forums – the Intellectual Property Appellate Board (IPAB) – as it is about the person largely responsible for making it a force to reckon with: the IPAB’s former chairperson, Justice Prabha Sridevan, an ex-judge of Madras High Court, who was named for two years’ running as one of 50 most influential people in the field of intellectual property (IP) in the world.

In 2011, Justice Sridevan inherited the reins of a tribunal, which hears appeals against decisions made by India’s intellectual property office as well as petitions for trademark rectification and patent revocation. The tribunal, which is based in Chennai, is seriously underfunded and circuit bench hearings held in Mumbai, Delhi, Kolkata and Ahmedabad have at times been cancelled for want of resources. In addition, as the IPAB has no permanent place to function in some of these cities, when such hearings have taken place they have been held in ad hoc locations such as the Indian Law Institute in New Delhi. Sometimes written orders have been delayed due to a lack of secretarial staff.

Despite such hurdles, the judgments of the IPAB over the past two years have been remarkable not just for their far-reaching substantive content, but also for their scathing indictment of several practices of convenience followed by the Indian patent and trademark office, in clear disregard of rules of procedure and the law of the land.

Shwetasree Majumder is the managing partner of Fidus Law Chambers, a boutique practice based in New Delhi that offers contentious and non-contentious solutions in the areas of IP and information technology law. 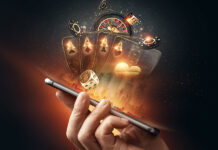 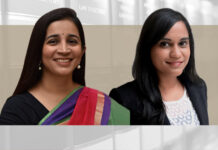 The government is keen to support the growth of online trade, but its draft e-commerce rules could have the opposite effect.
India’s top lawyers and legal icons
Do lawyers have a duty to help avert a climate catastrophe?