Honore de Balzac once said: “Behind every great fortune there is a crime”.

The third season of the Indian Premier League (IPL) attracted more than just the cricket lover – it attracted the Indian Income Tax Department. And with allegations of impropriety in bids for the two new IPL franchises flying thick and fast, the government directed the tax department to scrutinize the bidding process. It was alleged that while unsuccessful bidders were told to keep their bids above a stipulated amount, successful bidders were (unsuccessfully) advised to bid at a lower amount. Then, even as the tax authorities failed to trace the bid-papers of the two unsuccessful bidders, a newspaper reported that one of them had confirmed that their bid papers were with them.

All of this while justifying doubts about the fairness of the bidding process throws up questions about the involvement of insiders within the IPL governing council. Just as it gets curiouser and curiouser it appears that the government is contemplating referring the allegations of the IPL bid-rigging to the Competition Commission of India (CCI).

Bid-rigging is considered anti-competitive in various jurisdictions across the world. In some countries like Canada, it is a criminal offence and, if convicted, firms and individuals face fines or imprisonment.

Section 3(3) of the (Indian) Competition Act, 2002 states that any agreement entered into between enterprises or persons or associations thereof, or any practice carried on or decision taken by, any association of enterprises or association of persons, including cartels, engaged in identical or similar provision of services, which, directly or indirectly results in bid-rigging or collusive bidding “shall be presumed to have an appreciable adverse effect on competition”.

The concept of bid-rigging refers to any agreement between enterprises or persons referred to in section 3(3) that eliminates or reduces competition for bids or adversely affects or manipulates the process of bidding. Since bid-rigging frustrates the very purpose of inviting tenders and it is a horizontal agreement, or an agreement between parties who are on the same level of the production chain, it is presumed to adversely affect competition. This presumptive approach to bid-rigging agreements reflects the severity with which it is treated under the act.

There are many ways in which bid-rigging is committed. A common form is bid suppression, where two or more competitors refrain from bidding against one another. Bid-rigging also occurs where two or more competitors agree on their individual bids, or divide their realm in terms of types of customers or geographic areas, so that competitors bid or compete only for the agreed type of customer or geographic area. (Could this have been the intent when bidders for the two new franchisees were ‘advised’ at what level to bid?) There is also the practice of sub-contracting where one bidder does not bid or submits a losing bid, in exchange for lucrative sub-contracts or shares in the successful bidder.

There are allegations that the difference between the winning bids and the losing bids at the IPL was marginal as compared to the average bid for each team. There are also news reports that at least one unsuccessful bidder was associated with an IPL team in a different capacity. As such the IPL bidding could have had characteristics of bid suppression and subcontracting.

So why should all of this concern the CCI? The Board of Control for Cricket in India (BCCI), the nodal body for regulating cricket in India, runs cricket like a closed shop. In the past it has successfully convinced Indian courts that, as it is not an instrument of the state, it is not affected by regulations about inviting of bids and awarding licenses or rights.

There are also allegations that the BCCI was instrumental in the demise of its competitor and precursor – the Indian Cricket League (ICL). News articles suggest that the BCCI did this by prohibiting its member associations from allowing stadia and other infrastructure owned by them to be used for ICL matches and imposing a life-time ban on cricketers participating in ICL from playing in BCCI organized or recognized tournaments.

Given that the BCCI had so far got away with all of this – why should the CCI get involved now? If the CCI were to be concerned, then it could initiate an inquiry against those involved within the IPL for abetting bid-rigging (if at all the charges of bid-rigging are proved).

But the fact remains that bid-rigging can be difficult to prove given that the agreements, which can be either written or oral, are usually arrived at in secret. If however, bid-rigging is established, the CCI can impose penalties, direct modification of agreements or pass any order or issue any directions as it may deem fit.

Anahita Irani is a senior associate and Bharat Budholia is an associate at Juris Corp, a Mumbai-based firm that specializes in banking and finance, foreign investments, private equity, direct tax, bankruptcy and restructuring, M&A, insurance, energy and infrastructure, dispute resolution and International arbitration. 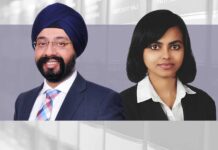