In this exclusive interview with Asia Business Law Journal, Miguel de Serpa Soares, under-secretary-general for legal affairs and United Nations legal counsel, talks to John Church about his legal team and the crucial work being done in Asia and further afield to promote human rights, free trade and economic development

As far as legal jobs go, they don’t come any bigger or more significant. Miguel de Serpa Soares, under-secretary-general for legal affairs and United Nations legal counsel, is the man António Guterres turns to before sending in the peacekeepers, constructing a complex multilateral treaty or negotiating any international issue that requires legal gravitas.

Born in Angola and raised and educated in Portugal, the UN’s top lawyer prior to this prestigious appointment was director general of the Department of Legal Affairs in the Ministry of Foreign Affairs of Portugal, from 2008 to 2013.

An affable man with a concise and direct point of view, a recent law lecture he delivered in Beijing to keynote the Asian Infrastructure Investment Bank’s (AIIB) inaugural Legal Week drew the admiration of invited GCs of some of the biggest international Financial Institution (IFIs) in the region and further afield, as well as academics and keen law students who had come to hear his views on “The Necessity of Co-operation between International Organizations”.

“It’s enormous but it’s very interesting,” he says of his work with a wry smile, in an exclusive interview with Asia Business Law Journal. “I do believe I have one of the best legal jobs in the world.”

Serpa Soares introduces the structure of his legal team and how it works very simply, with six divisions and the division of labour by subject.

“We have the Office of the Legal Counsel which is in my immediate vicinity, and this covers the more political issues: peace and security; issues related to the interpretation of the [UN] Charter; peacekeeping operations – usually the stuff that makes headlines, that will land on my office desk,” he says. “Then I have a large internal division, the General Legal Division, which deals mostly with management and administrative issues, which is very important in the organization, and is very involved in the management reform process, etc.

“I have a Division for Ocean Affairs and the Law of the Sea, which is a specialized division dealing with the UN Convention on the Law of the Sea (UNCLOS), but also with all the different processes that exist in the General Assembly for sea and ocean matters. 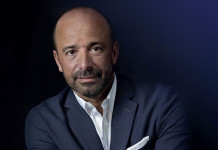 Interview with the UN’s top lawyer 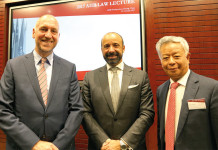 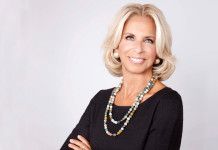 Crypto arts are all the rage among Indian celebrities, but scepticism remains due to the legal ambiguity
Asia Business Law Journal reveals the top 100 lawyers practising in Vietnam
Heads of five major IP offices share their strategies