On 24 March 2017, the draft Trade Competition Act was approved by the National Legislative Assembly (NLA), following consideration and recommendations by the ad hoc committee considering the act. It is expected that the act will become effective in August or September 2017 (90 days from the date of publication in the government gazette). 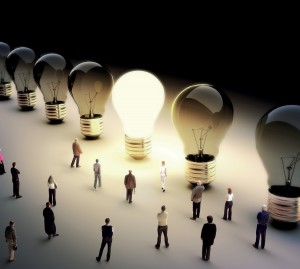 Key dates under the act

2. Wider scope of power for the Trade Competition Board, including the power to consider and issue rulings, provide comments to the Cabinet and government authorities on public policies concerning trade competition, prescribe administrative penalties, and settle cases.

3. Narrower exemptions for state-owned enterprises, only for activities backed by law or Cabinet resolution, for the purpose of national security and public benefit.

4. Certain sectors (e.g., telecoms and energy) that are regulated by specific legislation on trade competition will be exempted from the application of the act.

5. New concepts such as companies in the same group of control, and a settlement scheme comparable to the leniency scheme.

7. Certain forms of joint conduct among competitors (for example price fixing, bid-rigging or territorial allocation) will be caught under a specific provision (hardcore cartel). Business operators having a relationship in terms of control or policy could be exempted (with a guideline yet to be announced).

8. The act provides a set of exemptions for joint arrangements that are not hardcore cartel, including business operators that have a relationship in terms of control or policy, or for the purposes of efficiency or promoting techniques or economy, and those between franchisor and franchisee.

9. A specific provision that prohibits contracts with offshore business operators that causes a monopoly or unfair trade restriction in Thailand, and substantially affects the economy and the benefits of consumers as a whole.

10. Higher penalties in the form of criminal (imprisonment and fine) and administrative (fine). Fines will be calculated based on the turnover of the business operator, at the rate of 10% of turnover in the year of violation.