As India becomes more familiar with its goods and services tax, Rebecca Abraham explores some of the issues that have presented interesting challenges

When India introduced a goods and services tax (GST) at midnight on 30 June, few expected the transition to be smooth. Representatives of large companies said they were more or less prepared for what is a radical overhaul of the country’s indirect tax system, but a large number of small and medium-sized enterprises across India were not.

Frequent statements from the government – some more persuasive than others – about the merits of the GST followed. A federal minister, Arjun Ram Meghwal, even compared the new tax to a daughter-in-law who takes time to adjust to her new family. Be that as it may, when the first filings under the new taxation regime had to be made on 25 August, only 65% of the taxpayer base responded.

The filing was the first major test for the IT infrastructure of the new regime which is managed by a non-profit organization, the Goods and Services Tax Network. Nearly 8.5 million taxpayers have registered on the GST portal and its integrity and reliability are vital, with the typical taxpayer now required to file a minimum of 37 returns each year, up from about half that number previously. While the compliance burden for companies is set to rise as a result, the GST portal has repeatedly thrown up hurdles for taxpayers during the initial couple of months of the new tax.

“Banks had to go through a whole gamut of registrations and system interfaces at the initial phase and it was a fairly daunting experience,” says Mohit Shukla, managing director and legal head at Barclays India, who adds that “over time the system will settle down and consolidate, and it will result in less rather than more”.

A more long-term concern has been a lack of certainty that is inherent in the structure of the GST. Until its introduction most changes in indirect tax rates were announced in the annual union budget. Since 1 July, tax rates for several goods and services have been tweaked at each meeting of the GST Council, a joint forum of the central and state governments.

For the GST, all goods and services are classified under the Harmonized System Nomenclature (HSN) code system or the Services Accounting Code system. Based on the code and the transaction value of items in question, GST is levied and collected by the centre (CGST) and the states (SGST), at five rates: nil, 5%, 12%, 18% and 28%. The GST also has a cess (levy) on luxury goods and others that are considered unhealthy or harmful.

In a statement issued after an 11 September decision by the GST Council to hike the additional cess on mid-sized cars, Hyundai Motor India said that while the GST was expected to create a single, unified large market with a simplified tax structure for the auto industry, the recent change “has come as a setback to the industry shaking the confidence of auto manufacturers”.

Hyundai added that “in the absence of consistent and long-term policy, the investment for new products and new technology will be adversely impacted”. A GST council meeting in November reduced tax rates from 28% to 18% on more than 200 items.

A key factor is the GST is being implemented within the federal structure of India and, as such, the potential for disputes between the centre and states, or one state and another, is significant.

Yet, as Rohan Shah, counsel at Chambers of Rohan Shah, points out, there is no dispute settlement mechanism for situations where there is a divergence of interpretations in adjudications and appeals between authorities of different states, or between the central government and states.

Even though such disputes are yet to surface, the GST has already triggered action in the courts, both on account of challenges that have arisen in the course of implementation of the tax and more substantive questions.

In early September, Rajasthan High Court admitted a writ petition by an association of tax consultants, Rajasthan Tax Consultants Association, which told the court that the GST portal was not ready and had glitches. The petitioners questioned the need to thrust what they referred to as a “clinical trial” of the new system on businesses.

Meanwhile, Delhi High Court has admitted a petition by software company Aphro eCommerce Solutions, which is seeking the removal of the requirement to furnish a bond and bank guarantee for exports of goods and services when the exporter chooses to export without the payment of integrated goods and services tax.

The petitioner argued that rule 96-A(1) of the Central Goods and Services Tax Rules, 2017 read with related notifications and circulars, was contrary to the provisions of the Integrated Goods and Services Act, 2017 and as such cast a burden on start-ups and small exporters by blocking working capital.

“The overall tax regime is moving to a system where government wants early collection of taxes regardless of the legal claims and liabilities,” says Aseem Chawla, a partner at Phoenix Legal in New Delhi.

Delhi High Court has also admitted a petition questioning the constitutional validity of the rate of GST for a specific product. A petitioner had filed a public interest litigation stating that a 12% GST on sanitary napkins imposes a burden on women and affects their right to live with dignity.

Disputes are also expected to arise over classification of goods. The HSN code has until now been used only for determining customs tariffs and its use for all goods is expected to be a challenge for the taxpayer. In addition, on account of the multi-slab rate structure that is in place, the classification of goods will be crucial to determining the amount of tax to be paid. 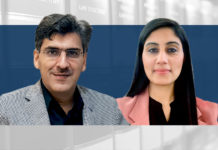