In an island as geopolitically charged as Taiwan, it can be easy to allow the big picture to dominate. Thankfully the legal community have their eyes on the ball, writes John Church

Engage in any conversation with lawyers in virtually any Asian forum and when Taiwan is brought up, watch minds crank into overdrive as words of diplomacy come to the fore and a tip-toeing exercise begins on the island’s form and future.

The politics creates the awkwardness and the need to tread carefully, but in Taiwan most lawyers are reasonably candid about the issues, and more consumed with practice areas that need a shot in the arm, or regulation that may help with business.

At the top of their agenda are regulations that will free up the foreign investment environment on the island. Changes to the Company Code are a hot topic, as are most facets of fintech, tax exemptions, patents (particularly on pharmaceuticals), capital market updates and a flurry of other regulation that has presumably been stepped up by the incumbent government prior to next January’s election.

Nicholas Chen, managing partner at Pamir Law Group, grew up in New York and was educated in the US, and has been travelling and working in China since 1973. Pamir has offices in Taipei, Beijing and Shanghai, and Chen offers a considered perspective.

“This has been a reality for over three decades. No one looks at Taiwan as a standalone market. The fact that this convergence has created numerous dominant regional and global businesses, integrated supply chains, OEM and branded licence businesses is obvious considering the countless successful businesses that have collectively created the ‘factory floor of the world’, and a huge consumer market which is the biggest export territory for many of the world’s economies.

“One can see this by the negative impact to the world economy of the current US China trade/economic tensions. Investors who see Taiwan as a standalone market, and not in the context of a critical factor in China’s rise as a (1) supplier/export consuming territory, (2) regional player, or as a (3) global game changer base will need ‘to smell the coffee’. 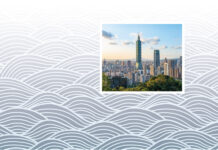 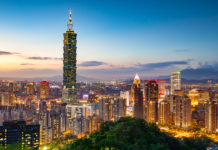