The Supreme Court recently redefined medical negligence to include overdoses of medicines; not informing patients about the side-effects of drugs; not taking extra care of patients with diseases that have a high mortality rate; and failure of hospitals to provide basic facilities that are fundamentally necessary for adequate care of patients. The court referred to this definition in Dr Kunal Saha and Malay Ganguly v Dr Sukumar Mukherjee and others while upholding a Calcutta High Court judgment acquitting three doctors of criminal negligence in the death of Anuradha Saha, wife of Kunal Saha, an Ohio-based AIDS vaccine research doctor. 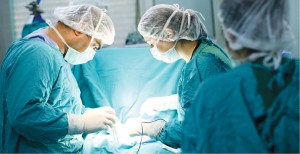 Anuradha Saha, a 36-year old child psychologist, died in 1998 following complications in treatment at the Advanced Medicare Research Institute (AMRI), Kolkata. Her brother-in-law Malay Ganguly registered a criminal case against Dr Abani Roy Choudhury, Dr Mukherjee and Dr Baidyanath Halder alleging medical negligence. The trial court acquitted Dr Choudhury and convicted the other two doctors, who were sentenced to three months imprisonment. The high court then overturned the verdict and acquitted them both on appeal. Meanwhile, a complaint filed by Dr Kunal Saha seeking Rs1.43 billion (US$29.5 million) in compensation was dismissed by the National Consumer Disputes Redressal Commission (NCDRC). Appeals were filed by Malay Ganguly and Dr Saha against the high court judgment and the NCDRC’s order.

The Supreme Court dismissed the criminal appeals but slapped costs of Rs5 million on AMRI and Rs1 million on Dr Mukherjee, stating that the law on medical negligence has to keep up with advances in medical science, treatment and diagnostics. The court clarified that while negligence could not be attributed for not rendering a facility that was unavailable, if “hospitals knowingly fail to provide some amenities that are fundamental for patients it would certainly amount to medical malpractice”. The bench said that after a victim produced evidence to show negligence, the onus of defence fell on the doctors. The apex court reminded medical professionals and hospitals of their responsibilities, saying: “It is the duty of the doctors to prevent further spreading of infections. How that is to be done is the doctors’ concern. Hospitals or nursing homes where a patient is taken for better treatment should not be a place for getting infections.”

With regard to the civil appeal, the court stated that the NCDRC was clearly wrong in its opinion that there was no negligence on the part of the hospital or its doctors, and remitted the matter to the NCDRC to determine an appropriate amount of compensation within six months.

The update of court judgments is compiled by Bhasin & Co, Advocates, a corporate law firm based in New Delhi. The authors can be contacted at lbhasin@bhasinco.in, lbhasin@vsnl.com or lbhasin@gmail.com. Readers should not act on the basis of this information without seeking professional legal advice.