In May BakerHostetler, a US law firm, began using an artificial intelligence (AI) lawyer to work alongside lawyers in its bankruptcy, restructuring and creditors’ rights team. The AI lawyer, Ross, is essentially a legal research tool that can be spoken to as a person, can read the law, gather evidence, draw inferences and return what its developer, ROSS Intelligence, describes as highly relevant, evidence-based answers. In addition, Ross, which is continually learning from the lawyers who use it, monitors the law to notify users of new court decisions that can affect a case.

Then in October it was announced that researchers at University College London had developed an AI judge: an algorithm that had been used to analyse case text to predict judicial decisions of the European Court of Human Rights with up to 79% accuracy.

The developers responsible for these feats have been quick to say that robots are unlikely to replace lawyers or judges, but it is telling that such assurances are necessary.

DISRUPTERS THEN AND NOW

Over the past decade the legal services industry in developed jurisdictions such as the US and Europe has undergone a sweeping transformation. While the current driver of change is technology, 10 years ago the legal process outsourcing (LPO) industry was arguably the primary disrupter of the status quo.

Are Indian clients warming up to legal process outsourcers?

Although several legal process outsourcers (LPOs) have delivery centres in India, few look to sell their services to Indian clients.

But if the experience of Mind Merchants – a small legal technology company that provides legal services and legal solutions – is anything to go by, Indian companies may be ready to begin using the services of such legal services providers. “GCs of companies in India – be it home-grown companies or international companies – have begun to consider outsourcing as they see it as an effective tool to reduce their workload and be more cost effective,” says Vishnu Dutta, COO and CTO of Mind Merchants, adding that while earlier they could speak only to a department head or a team leader, now they can talk directly to general counsel.

“Since the past three or four years we haven’t had to print brochures, which is something we used to do a lot of before.”

Mind Merchants, which has clients both inside and outside India, has its headquarters in Jaipur in Rajasthan, a delivery centre in Gurgaon and an office in Singapore. It has 60 people who provide operational support.

Yet, most LPOs remain wary of being accused of the unauthorized practice of law. The Advocates Act, 1961, provides that only advocates can practise law. This, combined with India’s ban on foreign law firms operating in India, has made LPOs – most of which are incorporated outside India – wary of selling their services in India.

This too could change when foreign law firms are allowed into India. 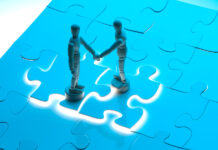 In-house legal teams have guided companies to understand CSR regulations during the pandemic
Winning the race for online engagement
Do lawyers have a duty to help avert a climate catastrophe?