Acknowledging injustice is the first step towards fixing gender inequity

“In my experience in the US, women judged me more harshly than men. They projected certain attitudes on me that may or may not have existed. Early on in one of my performance reviews, I was told I received great feedback for my work all around, but there were some negative comments about my attitude from women who felt I wasn’t warm and approachable enough.

I was young at the time, it was my first job, and I was very disappointed and confused. I grew up in the US and, for the most part, gender roles had become less well defined. It was normal for both parents to work, and my parents had not impressed specific gender stereotypes on me. I thought, if this is the way I would be judged, how would it affect my career?

Fortunately I changed jobs, and I never get similar feedback so unanimously. What I noticed, though, in the US and in Asia, is the asymmetrical way that ‘personality flaws’ can be compensated. If a man was considered rude or intimidating, people would say ‘I know he’s rough around the edges, but he’s a rainmaker! His performance and work product can make up for all that’. For men, it is ancillary. For women, it’s an integral part of the package. People will say, ‘I know she brings in clients, but she’s so unapproachable’. As a woman, you are expected to be welcoming.

In Hong Kong, there’s a lot of new wealth. Everyone loves a self-made story so the mentality is ‘If I can do it, you can do it’. Women at the top don’t appreciate that their exceptionalism is not due solely to their hard work. There are plenty of women who are as accomplished as men, but weren’t given the same opportunities. I talk to senior executives and they say ‘I view men and women equally’. They believe their decisions are based solely on merit and they don’t think unconscious bias exists.

You must recognize there’s a problem in order to fix it. Why are women in the minority? Why do they comprise 10% of your firm’s partnership when they are more than 50% of your first-year class? The answer will be ‘It’s their choice’. There’s an absolute lack of accountability.

I’d like to see programmes incentivizing men to do their share because until that happens, the work will fall upon women. The numbers bear themselves out. Females in senior partner roles are exceptional, and they are disproportionately likely not to have children.

While I believe that you should call out the injustices, if you are in a junior position, you have to be smart about doing so, because it’s you against the system. You need to find a mentor or sponsor to help you. Once you are in a position to change things, then you reform. You can’t beat the odds, then sit back and say, ‘good for me’. You have a responsibility to improve the system for future generations.

A lot of my staff are local Chinese, and I feel it’s important to show them that there are different social norms than the ones they grew up with. Sometimes I exaggerate and I know I’m being dramatic, but I’m trying to make a point. I normally wear a suit to meetings, but in the office, I don’t do the power suit, three-inch heels or perfect hair, nails and makeup all the time. I do that deliberately because I don’t want to conform to what my colleagues’ idea of what a powerful woman looks like. Of course you need to maintain a professional image, but it’s about how you articulate your thoughts, how you engage with others, and treating people with respect. There’s no need to fake it till you make it. You’ve made it. Now focus on making things better for others.” 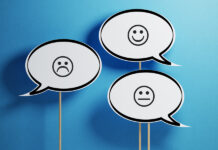 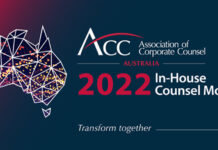 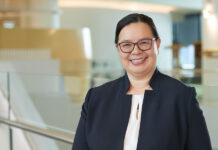