The Reserve Bank of India (RBI) created a new category of non-banking financial company (NBFC) known as non-banking financial company-micro finance institution (NBFC-MFI) through a circular on 2 December 2011 (circular 1). After receiving complaints about compliance difficulties from some NBFCs primarily interested in microfinancing, the RBI issued a new circular on 3 August (circular 2), modifying some of the requirements.

Circular 2 states that all registered NBFCs intending to convert to NBFC-MFIs must seek registration by 31 October 2012 subject to the condition that they maintain net-owned funds (NOF) of ₹30 million (US$500,000) by 31 March 2013 and ₹50 million by 31 March 2014 (or, for NBFCs operating in northeastern India, ₹10 million by 31 March 2012 and ₹20 million by 31 March 2014). If they are unable to meet these requirements, they must ensure that any lending to the microfinance sector i.e. individuals, self-help groups (SHGs) or joint liability groups (JLGs) which qualify for loans from MFIs is restricted to 10% of their total assets. 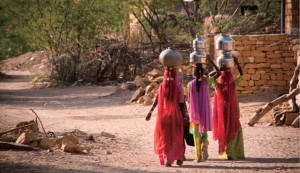 Existing NBFCs intending to be registered as NBFC-MFIs must register immediately with the regional office in the jurisdiction in which their registered office is located. They must present an original certificate of registration (CoR) issued by a bank in order to change their classification to NBFC-MFI.

New companies will need to provide additional information when applying to become a NBFC-MFI. The minimum NOF for new companies registering for NBFC-MFI status is ₹50 million. Companies in the northeastern region are required to maintain NOF of ₹20 million.

According to circular 1, at least 85% of a NBFC-MFI’s net assets must be “qualifying assets”. However, circular 2 provides that only those assets which originated on or after 1 January 2012 will have to comply with the qualifying assets criteria. Assets existing on that date will be considered to meet the criteria for both qualifying assets and total net assets. These assets will run off on maturity and cannot be renewed.

Circular 1 required NBFC-MFIs to ensure that the aggregate amount of loans given for income generation is no less than 75% of the total loans extended. However, circular 2 reduces this figure to 70%, permitting NBFC-MFIs to use the remaining 30% for other purposes such as housing, repairs, education, medical and other emergencies.

With respect to multiple lending and indebtedness, circular 1 stated that NBFC-MFIs could lend to individual borrowers who are not SHG/JLG members, or to borrowers that are SHG/JLG members. A borrower could not be a member of more than one SHG/JLG and not more than two NBFC-MFIs could lend to the same borrower. Circular 2 clarifies that a borrower can be a member of only one SHG or one JLG, or borrow as an individual, and that an SHG, JLG or individual cannot borrow from more than two NBFC-MFIs.

Circular 2 states that lending by NBFC-MFIs must comply with conditions relating to annual household income levels (₹60,000 for rural and ₹120,000 for urban and semi-urban households), total indebtedness (not to exceed ₹50,000), membership of a SHG or JLG, borrowing sources as well as percentage of qualifying assets and percentage of income generating assets. Every NBFC-MFI has to be a member of at least of one credit information company (CIC) established under the CIC Regulation Act, 2005, and must provide timely and accurate data to CICs.

As many MFIs in Andhra Pradesh (AP) have had to provide sizeable amounts towards non-performing assets, circular 1 provided that the capital to risk assets ratio (CRAR) for NBFC-MFIs with a loan portfolio of more than 25% in AP would be only 12% for the year 2011-12 and 15%thereafter. Circular 2 amends this and provides that 100% per cent of the provision made for the AP portfolio on 31 March 2013 will be notionally reckoned as part of the NOF of a NBFC-MFI for the purposes of calculating CRAR on that date. This will be reduced by 20% a year over a period of five years.

According to circular 2, NBFC-MFIs may approach their boards to fix internal exposure limits to avoid undesirable concentration in specific geographical locations. NBFC-MFIs must adhere to all elements of the fair practices code for banks as issued by the RBI.

All NBFC-MFIs must become members of at least one self-regulatory organization (SRO) which is recognized by the RBI and will have to comply with the code of conduct prescribed by the SRO.

The legislative and regulatory update is compiled by Nishith Desai Associates, a Mumbai-based law firm. The authors can be contacted at nishith@nishithdesai.com. Readers should not act on the basis of this information without seeking professional legal advice.