As part of a larger policy move to align India’s financial markets with international standards and to clamp down on the diversion of Indian rupee denominated business to offshore locations such as Singapore and Dubai, the Ministry of Finance issued a concept paper in February 2015 on establishing finance special economic zones (SEZs). The finance SEZs would have more liberal financial laws and a more efficient financial system than elsewhere in India. The government also perceived that, akin to Hong Kong, finance SEZs would act as conduit for funds for Indian companies and as a platform for trading of securities of Indian companies.

The 2015-16 budget announced the establishment of the Gujarat International Finance Tec-City and that appropriate regulations would be issued by the relevant regulators. This was followed by the issuance of regulations by the Reserve Bank of India (RBI), the Securities and Exchange Board of India and the Insurance Regulatory and Development Authority of India.

The RBI issued the Foreign Exchange Management (International Financial Services Centre) Regulations, 2015, on 2 March 2015 and a notification on the establishment of international banking units (IBUs) in international financial services centres (IFSCs) on 1 April 2015. The notification permits both private sector and public sector Indian banks as well as foreign banks with a presence in India to establish an IBU in an IFSC. Such banks are permitted to establish only one IBU in each IFSC.

The notification stipulates that IBUs established by Indian banks are permitted to raise funds only from “persons not resident in India”. With respect to resource raising, IBUs can raise foreign currency borrowings with a maturity greater than one year, and short-term liabilities subject to limits prescribed by the RBI. IBUs can only transact in foreign currency. They are not allowed to open current or savings accounts or to issue bearer instruments or cheques. Payment transactions can be conducted only through bank transfers.

The notification did not prescribe any specific limits for IBUs for exposure to borrowers and borrower groups, and left it to the board of the parent bank to prescribe a credit policy and exposure limits for IBUs “consistent with the regulatory prescriptions of the RBI”. While an IBU can transact with persons not resident in India as well as persons resident in India, its dealings with persons resident in India are subject to the provisions of the Foreign Exchange Management Act, 1999. The above applies equally to IBUs established by Indian and foreign banks.

The scheme for establishing of IBUs has been well received. State Bank of India, IDBI Bank, IndusInd Bank, Federal Bank and Yes Bank are reported to have received approval from the RBI to set up IBUs. The attractions of IBUs for Indian banks include easier access to foreign sources of capital (through issuance of instruments such as medium-term notes), participation in foreign currency loan syndications, and a platform for non-rupee denominated trade products. Additionally, while an IBU is akin to an international branch, an IBU has lower infrastructure and human capital costs, as it is located in India. However, this scheme has some regulatory “blind spots”. For instance, while the revised guidelines on external commercial borrowings (ECBs) recognized financial institutions in IFSCs as “eligible lenders”, the lack of clarity on exposure limits for IBUs meant that the providing of ECBs by IBUs could not be operationalized.

An RBI circular dated 7 January 2016 allows IBUs to open foreign currency accounts for non-resident institutional investors and units operating in IFSCs. This is significant in that deposits are a considered a good and cheap source of funds, and are preferable to resources raised through capital markets. As IFSCs increase in popularity, it is expected that deposits in IBUs will also increase. The RBI has also clarified that no limit will be prescribed for short-term liabilities raised by IBUs. The circular further prescribes that the exposure limit for IBUs will be 5% of the parent bank’s tier I capital for exposure to a single borrower and 10% of the parent bank’s tier I capital for exposure to a borrower group. These relaxations partly address the twin issues of resource raising and deployment by IBUs and are expected to increase the flow of capital from IBUs to other parts of India.

The establishment of financial institutions in IFSCs is a step towards implementing the government’s policy to facilitate the eventual integration of Indian financial markets with global financial markets. It is also apparent that India’s financial sector regulators are taking initiatives to facilitate the establishment of such institutions and gradually relax regulations applicable to them based on the overall performance of IFSCs. The relaxations in the 7 January circular reflect the RBI’s desire to drive forward the government’s policy. It is expected that other financial sector regulators will follow the RBI’s lead to encourage the development of IFSCs in India. It is also foreseeable that to promote IFSCs, the government may put in place a more efficient system of financial laws, including on contract enforcement. 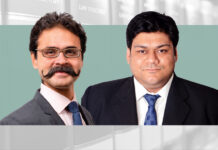 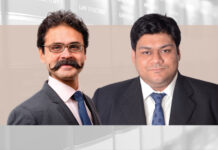 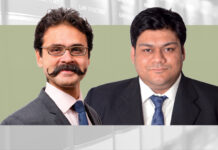 The government is keen to support the growth of online trade, but its draft e-commerce rules could have the opposite effect.
The markets regulator has begun the process to move away from the broad concept of promoters
A celebration of excellence in corporate legal teams